Monday 25 April - ANZAC Day 2011 - and noted at Rockhampton's commemoration ceremony was an overfly of a Royal Australian Air Force (RAAF) Boeing F/A-18F Super Hornet Fighter. It was one of three that flew from RAAF Base Amberley where the Nos 1 and 6 Squadrons are based.

Ben O was on hand to take a few pictures - unfortunately the aircraft's serial number could not be noted... 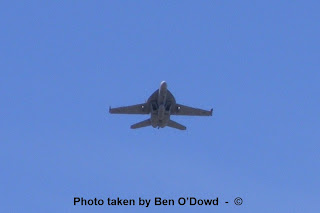 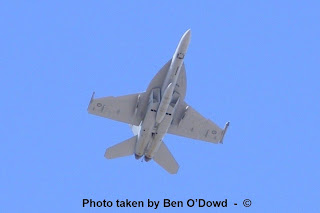 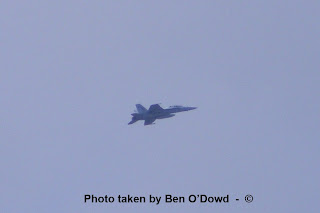 Also noted today, but this time at Gladstone Airport was Strategic Airlines' Airbus A320 VH-YQC making what is believed to be its first visit when it operated the VC520/521 service from and back to Brisbane.

Lastly at Clermont Aerodrome in the evening, Skytrans Airlines last two delivered Dash-8-100 aircraft, VH-QQK and VH-QQL were noted operating the evening FIFO flight from Brisbane. This is one of VH-QQK's first ever visits to Clermont. At this stage, these aircraft should be overnighting. Some photos below were taken early on Tuesday 26 April as they prepared for depature. 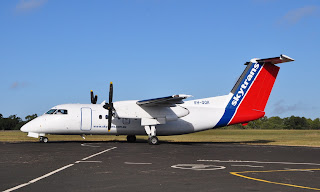 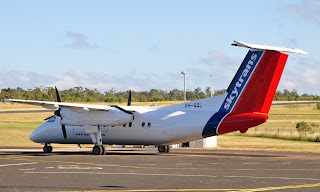 There is also a picture of how apron repairs take place in Clermont!! 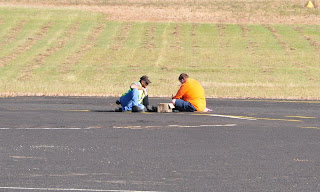