From The Central Queensland News: 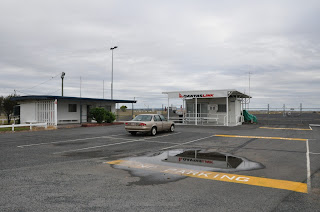 Mining giant BMA has hit back at claims the company has made plans to mine the Blackwater Airport.

A spokeswoman for the company yesterday said there were no plans to mine the area, 3km west of the town and therefore outside the State Government's 2km buffer zone of resource communities.

"While the airstrip is located on the Blackwater mine lease, BMA is not currently planning to mine the area. BMA will inform and work with the community should there be any change to the situation," the spokeswoman said.

Since commercial flights to the Blackwater Airport ceased last year, BMA has continued to maintain and make available the airstrip for emergency medical services.