Central Highlands Aerial Services (CHAS) is based in Emerald in Central Queensland offer a range of products and services including airborne mozzie and spraying services.

I was lucky enough to pop into CHAS Airstrip on Moffat Road, just to the North of the Emerald township, and were lucky enough to be given a guided tour of their fleet of aerial agriculture and spraying aircraft, as well as a couple of other aircraft to transport workers and equipment. 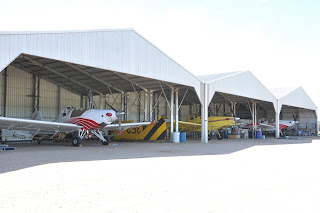 First aircraft noted was PZL Warszawa-Okecie M-18A Dromader VH-WHR, which had just returned from a flight, and was temporarily parked in the open waiting to be towed back into the nearby open-hangar. 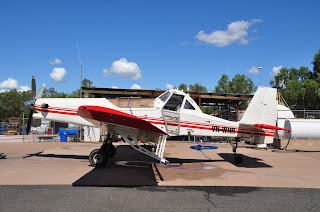 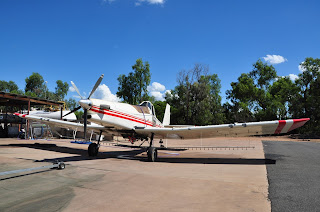 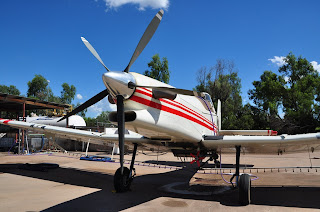 The Dromader is one of many that has had an engine conversion from a radial to turbo-prop.

Meanwhile, inside the hangar, I noted another PZL Warszawa-Okecie M-18B Dromader - this time an airframe CHAS has purchased from the United States of America and still wearing its American registration of N6322U. 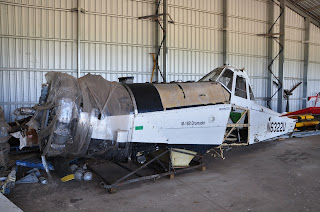 Elsewhere in the hangar was a striking looking yellow Thrush S2R-T660 VH-PMD. As well as a pair of Thrush aircraft that CHAS has only recently taken delivery of from the United States of America... 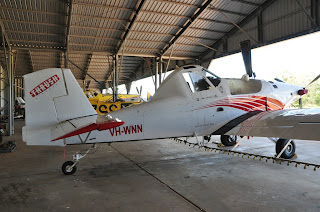 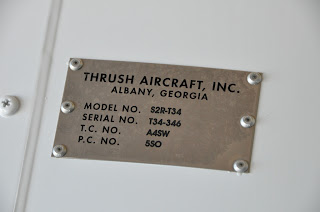 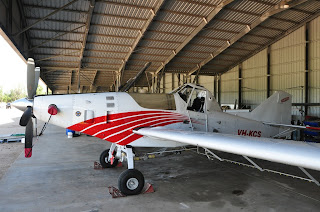 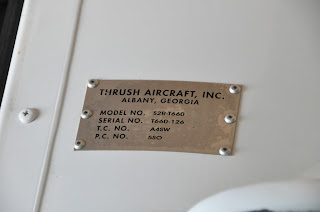 Also in the hangar - and squeezed in between the larger Ag aircraft - was Reims Aviation (Cessna) FA337F VH-FCO. 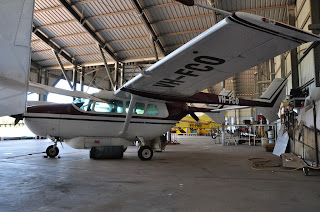 This, and Piper PA-32-300 VH-SNA (which was locked away in another hangar) are used to transport workers and equipment to jobs in other locations. 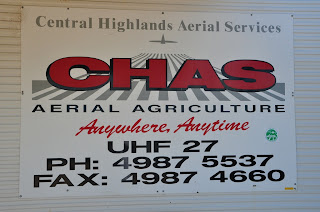 For any enquiries, or if you wish to understand more what they can also do with spraying equipment, or insects, or other products or services, then contact Craig Crossingham for more information (EMAIL) or call to discuss any requirements.