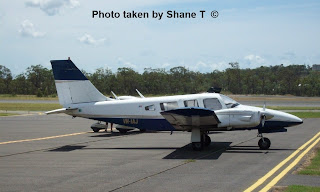 Piper PA-28-161 Warrior VH-TAK, which is registered at Moorabbin in Victoria, was also noted. This aircraft was once part of the Moorabbin Flying Services fleet based at Moorabbin Airport. 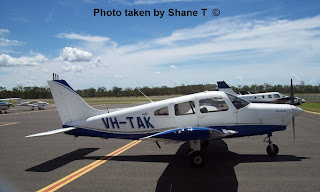 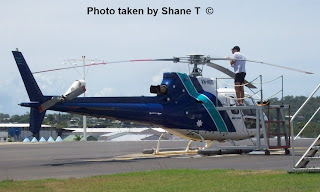 Lastly, an interesting aircraft that had been forgotten about, but Shane T spotted this unique Amateur-built Rutan Long-Ez, registered VH-LEX, back in January. 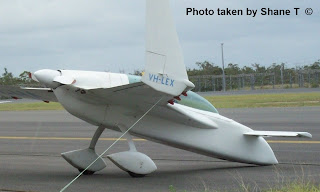 It rarely makes public appearances, and is owned locally and hangared at the Gladstone Airport.
Posted by Damian F at 8:01 AM