After a slight delay, Polet Aviakompania (Polet Airlines) Antonov AN-124 RA-82068 touched down at Rockhampton Airport just after 9am on Friday 29 November.

Local plane spotter 'IAD' was on hand for 'Ruslan's' arrival from Kuala Lumpur, Malaysia, as POT4711. 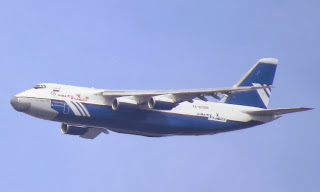 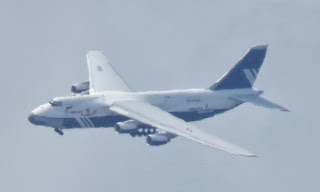 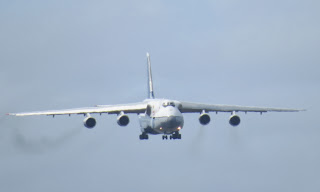 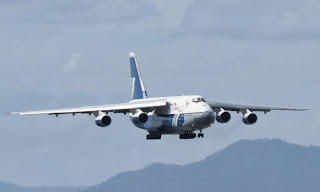 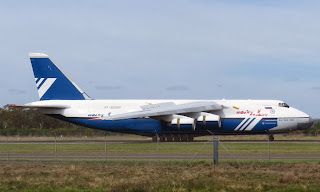 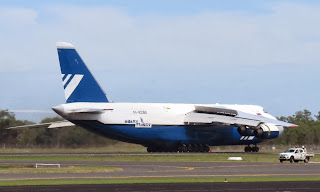 After landing the giant Russian aircraft taxied to and parked on the Gate 6 at the Southern end of the Rockhampton Airport apron. 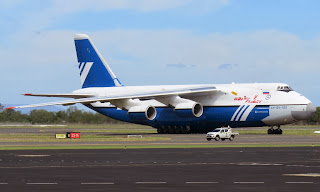 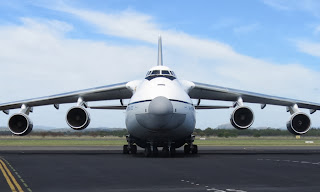 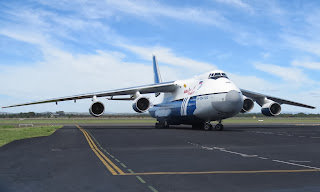 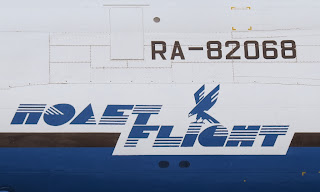 By lunch time, RA-82068 had been opened up and was loading the five Republic of Singapore Air Force (RSAF) Boeing AH-64D Apache helicopters that had recently participated in the Singapore Armed Force's Exercise Wallaby 2013.  Local plane spotter Don W popped out to Rockhampton Airport during Friday and took a couple of great photos! 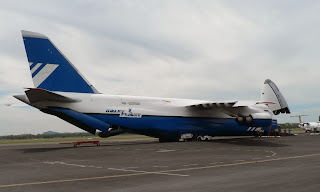 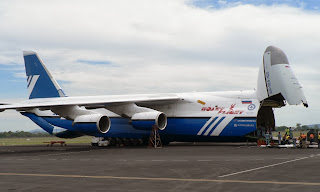 At the time of writing, RA-82068 was due to depart Rocky for Cairns, from where it will head to Singapore.  Information suggests too, that RA-82068 will be back at Rockhampton Airport in the coming days, possibly on Tuesday 3 December.

Sincere thanks to 'IAD' and Don for capturing these fantastic photos of such a fantastic aircraft to grace the skies over Central Queensland!