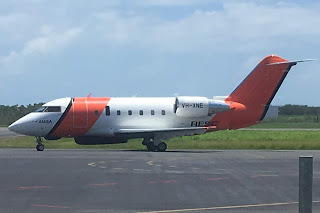 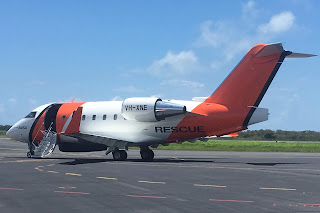 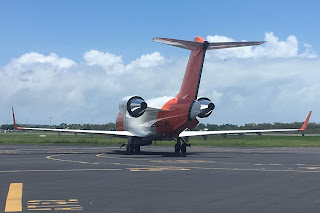 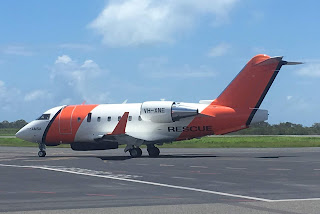 Also noted visiting Bundaberg on Thursday 20 December was the Capricorn Helicopter Rescue Service (CHRS) (Babcock Mission Critical Services Australasia) Bell 412EP VH-EPR "Rescue 300" which flew from Rockhampton Airport to Gladstone Airport before continuing to Bundaberg.  It was reportedly involved with a medical evacuation winching from a ship.  It then returned to Rocky.
All photos taken by 'JM'  ©
Posted by Damian F at 8:10 PM