During the morning, Australian Army NH Industries MRH-90 Multi-Role Helicopter A40-001 was photographed shortly after arriving into Rockhampton Airport from Brisbane as "Pegasus 1". 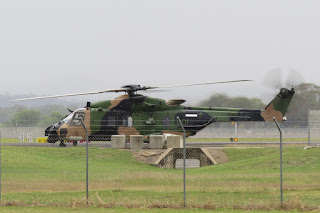 After taking on fuel, A40-001 then departed to Townsville.

Then during the afternoon, Royal Australian Air Force (RAAF) Boeing P-8A Poseidon Maritime Surveillance Aircraft A47-005 was photographed as it climbed out after completing a missed approach at Rockhampton Airport. 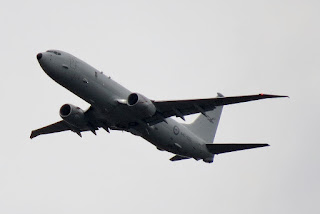 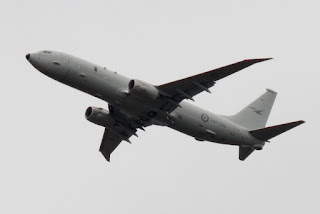 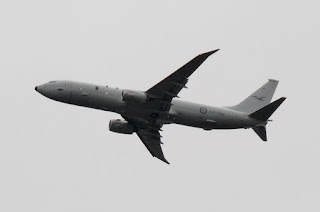 It had looked to fly up to Rocky from RAAF Base Williamtown via a missed approach at RAAF Base Amberley.  After completing its airwork, A47-005 then departed to Townsville.  The P-8A Poseidon was heard to be using the radio callsign of "Mariner 10".

UPDATE!  On Wednesday 1 May, RAAF P-8A Poseidon A47-005 was noted flying down the Queensland coast and eventually returning to RAAF Base Edinburgh in South Australia but as "Mariner 11".