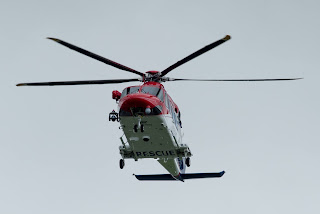 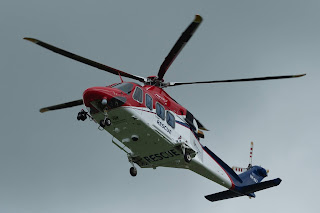 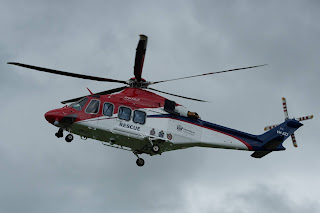 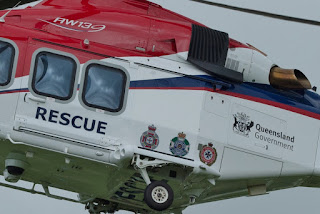 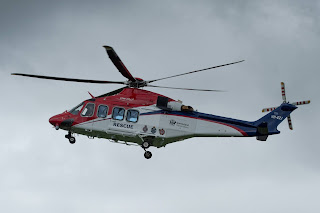 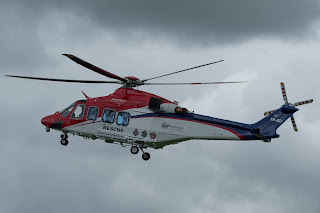 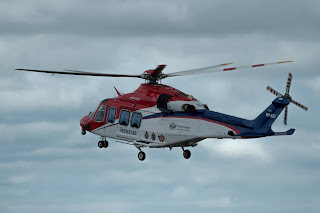 It originally departed from Archerfield and was spotted arriving into Rockhampton Airport where it refuelled before continuing to Townsville and then Cairns.

VH-EZJ looks to have spent much of February undergoing planned maintenance after it had originally flown South from Townsville in December last year.  VH-EZJ also looked to complete at least one sortie out of Archerfield around the South East corner in recent days as "Rescue 500".

It seems that VH-EZJ could be now heading to Cairns Airport to replace fellow QGAir Rescue Leonardo S.P.A. Helicopter (Agusta) AW139 helicopter VH-EGF which has been operating in Far North Queensland as "Rescue 510".  I presume that VH-EGF will ferry South in the coming days to Archerfield where it will undergo planned maintenance.

All photos taken by Scott Harris  ©
Posted by Damian F at 8:30 PM