Bizjet and FIFO Movements at Clermont Aerodrome This Week

It is believed that Raytheon 390 Premier I bizjet VH-VHP (of Sydney Jet Charter) popped into Clermont Aerodrome on Wednesday 7 September.

On Thursday 8 September, there could have been as many as seven Skytrans Dash-8 fly-in fly-out (FIFO) arrivals into Clermont Aerodrome. 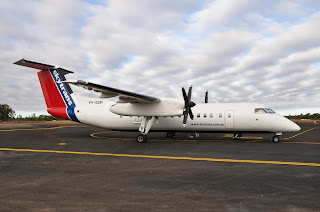 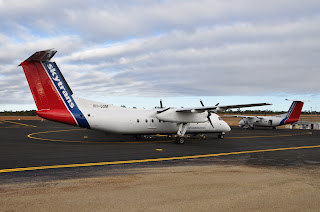 Dash-8-100 VH-QQK and Dash-8-300 VH-QQM are believed to have flown two return flights from and to Brisbane (possibly via Emerald Airport too), while Dash-8-100 VH-QQJ flew Cairns-Clermont-Brisbane-Clermont as well. There was also a flight from Clermont to Mackay and return tonight too.
Posted by Damian F at 7:55 AM