The Singapore Armed Force's Exercise Wallaby is due to start today, and after the exciting afternoon of arrivals at Rockhampton Airport on Sunday 29 September, it would seem that all the participating Republic of Singapore Air Force (RSAF) helicopter equipment is in place for the start of the exercise.

On Sunday, a flight of five Aerospatiale / Eurocopter AS332M Super Puma helicopters touched down at Rockhampton Airport from their home at Oakey. 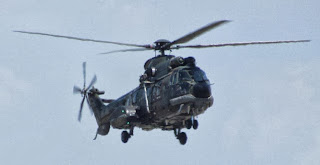 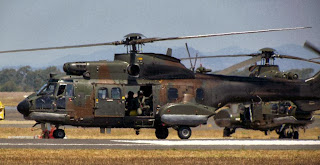 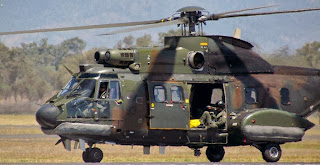 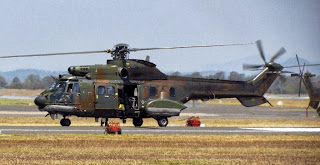 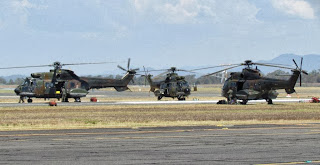 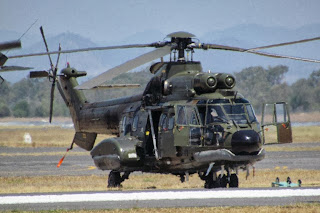 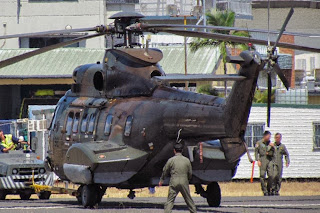 Local plane spotter Ben O was one of a few interested spectators who captured some fantastic images as they arrived.  He also reports that four of the five Super Puma have been identified as 220, 276, 292, and 293.  The fifth was not identified.

They joined five RSAF Boeing AH-64D Apache helicopters - yet to be identified - that have been prepared following their arrival at Rockhampton Airport during the previous week. 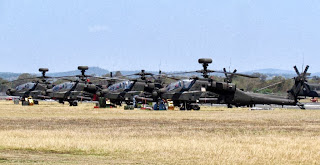 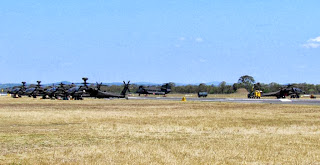 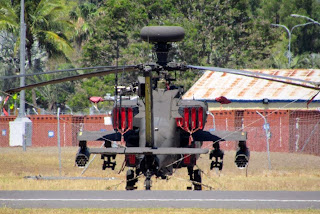 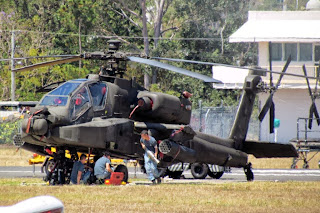 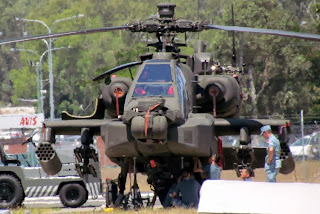 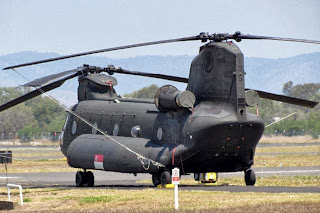 So all seems to be in readiness for the start of Exercise Wallaby 2013.  There is a series of heavy jets expected into Rockhampton Airport this week from Singapore carrying more troops into the city for the Exercise which will take place in the Shoalwater Bay Training Area (SWBTA) until December.  Bring it on!

Thanks to Ben for braving the heat and capturing some great images!