On Thursday 30 July, Beech A36 Bonanza VH-ILG suffered a landing gear failure while landing at Mackay Airport.  It came to rest on the main Runway 14/32, sustaining damage to its propeller and underneath section.  The pilot and his passenger (a dog) escaped unharmed. 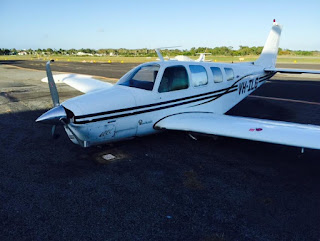 Mackay Airport was closed for a period of time on Thursday afternoon while VH-ILG remained on the Runway.  The afternoon Virgin Australia VOZ613 flight from Brisbane to Mackay was forced to hold South of Mackay for around 30 minutes before it was able to land once the Bonanza was cleared and the Airport re-opened.

At Mackay Airport, VH-ILG was re-positioned from the Runway to the General Aviation (GA) Apron and into position outside the resident Chrisair Maintenance hangar where no doubt repair work will be carried out. 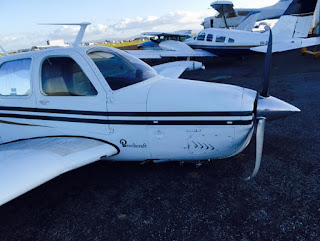 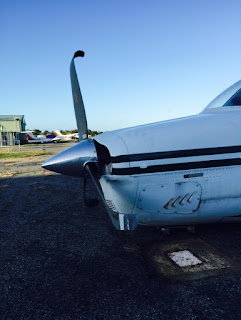 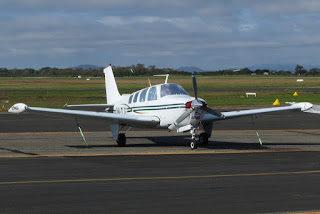 VH-ILG has also been spotted at various Central Queensland Airports over recent months.

It's another unfortunate aviation incident to take place over the last couple of weeks in the Mackay-Whitsunday region.