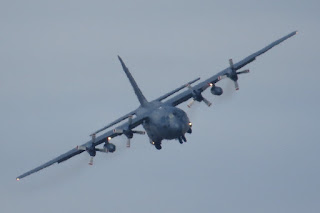 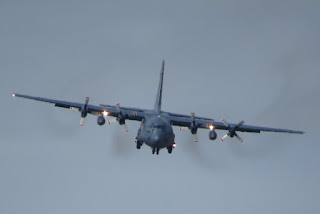 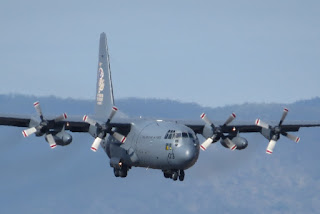 Local plane spotter Kayanne H was on hand on Monday 27 July as NZ7003 touched down from RAAF Base Amberley as "Kiwi 20". 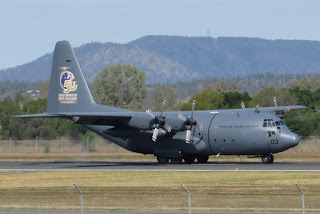 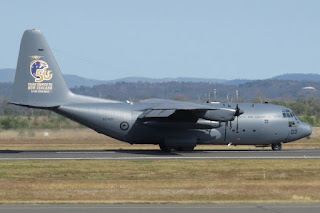 NZ7003 had called into Rockhampton from Darwin on Sunday 26 July before departing to Amberley.  On Monday, NZ7003 operated two return flights from Amberley to Rocky to transport personnel South.  It is believed that the NZDF personnel will be transported home to New Zealand on board one or two Royal Australian Air Force (RAAF) Airbus A330-203 / KC-30A (MRTT) aircraft out of Amberley. 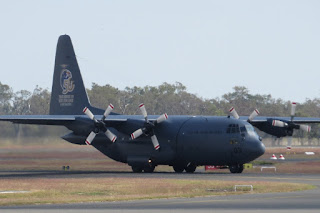 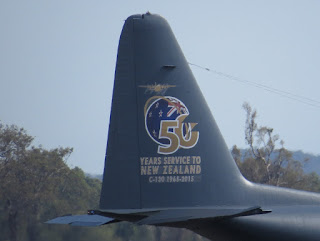 As we've noted in the past, NZ7003 wears a special piece of tail-art depicting that the Lockheed C-130H Hercules has reached the significant milestone of fifty years in service with 40 Squadron of the Royal New Zealand Air Force. 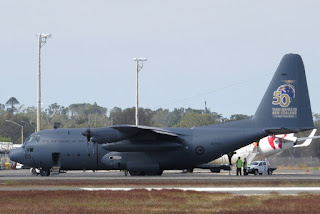 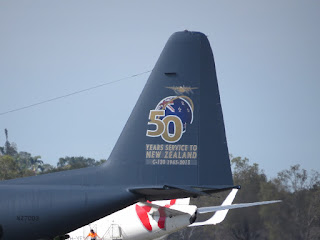 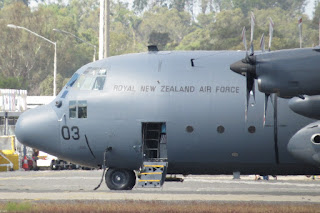 Sincere thanks to Kayanne for capturing these great photos of the Kiwi Herc on what is most likely in the final time we will see it in CQ for a while!

All photos taken by Kayanne Hardsman  ©
Posted by Damian F at 7:40 AM