Perhaps one of the final military movements in association with joint Military Exercise Talisman Saber 2017 (TS17) came to Rockhampton Airport on Monday 31 July with Royal New Zealand Air Force (RNZAF) Boeing B757-200 NZ7572 touching down from Andersen Air Force Base (AFB) in Guam as "Kiwi 496". 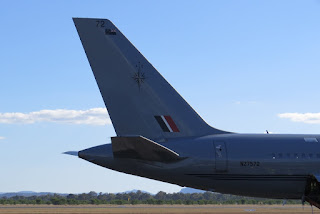 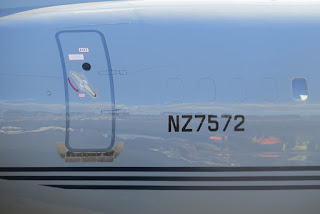 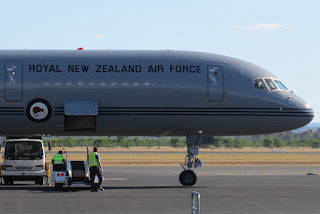 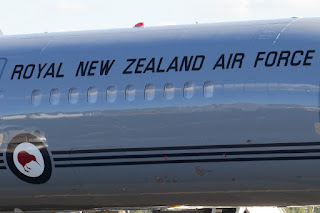 It was promptly loaded with personnel and bags and the B757 departed home to RNZAF Base Ohakea - an operational base of the Royal New Zealand Air Force near Palmerston North - also as "Kiwi 496".


As mentioned below, the HMNZS Canterbury multi-role vessel (MRV) of the Royal New Zealand Navy was docked at the Gladstone Port last week and as posted, RNZAF NH Industries NH90 helicopter NZ3304 was spotted being loaded in preparation for transport back to New Zealand.

Sincere thanks to local plane spotter Kayanne H for taking the time to capture and send through these great photos and video!

Photos and video taken by Michael Fleetwood and Kayanne Hardsman  ©
Posted by Damian F at 11:09 PM