In what turned out to be an awesome morning of military aircraft spotting at Rockhampton Airport, also on Tuesday 27 February, Royal Australian Air Force (RAAF) Boeing P-8A Poseidon Maritime Surveillance Aircraft A47-002 was also spotted completing a missed approach also at Rockhampton Airport. 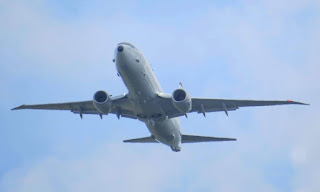 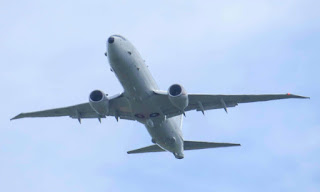 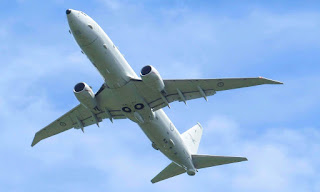 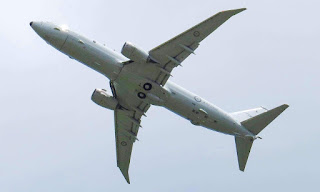 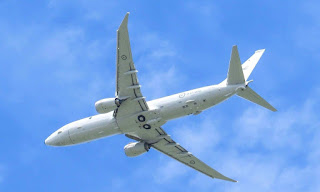 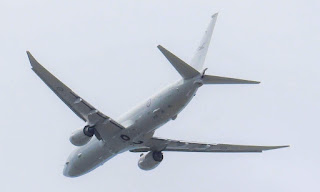 It flew South from Townsville (where it had arrived the previous day) and after completing its airwork at Rocky, A47-002 looked to head to the Gold Coast before returning to its RAAF Base Edinburgh base.

Sincere thanks to local plane spotter Kayanne H for again taking the time to capture and send through these great photos!

All photos taken by Kayanne Hardsman  ©
Posted by Damian F at 9:46 PM