On Monday 26 February, Royal Australian Air Force (RAAF) Lockheed C-130J-30 Hercules A97-467 was noted completing airwork around Gladstone Airport.  It appears to have earlier flown North from RAAF Base Amberley and completed at least one missed approach and overshoot at Gladstone. 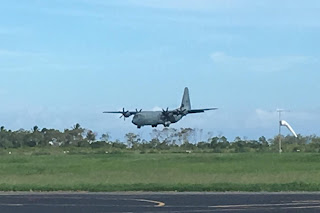 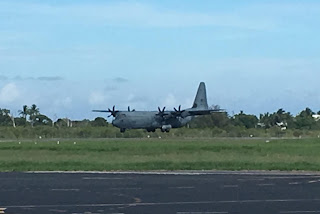 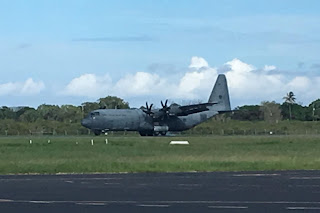 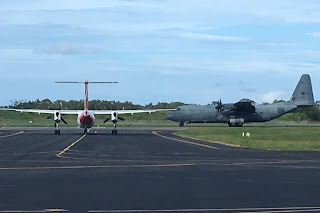 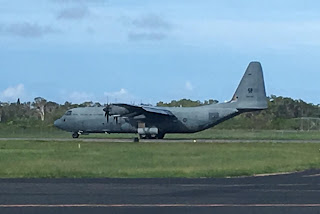 It is believed that A97-467 then called into Mackay Airport where it was spotted completing more airwork including a touch-and-go.

At the completion of its airwork, the Herc, which is from the RAAF's 37 Squadron out of RAAF Base Richmond, departed for Townsville.  A97-467 was noted using the radio callsign of "Ausy 454".

Meanwhile, making a rare weekend appearance at Rockhampton Airport on Sunday 25 February was RAAF Beech B350 Super King Air A32-426. 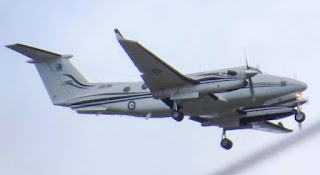 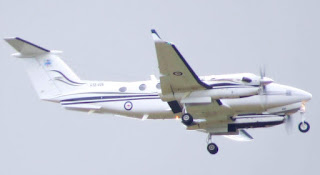 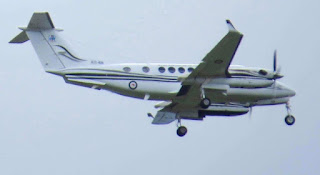 The Super King Air had earlier flown South from Townsville to Coffs Harbour (New South Wales) and was spotted on finals to Runway 33 at Rocky after returning North from Coffs Harbour.  After a short while on the ground, it continued to Mackay Airport before returning to Townsville.  A32-426 was heard to be using the radio callsign of “Dingo 40”.

Photos taken by 'JM' and Kayanne Hardsman  ©
Posted by Damian F at 8:59 PM