Over the course of this week, local plane spotter James K has photographed the Royal Australian Navy (RAN) Canberra-class landing helicopter dock (LHD) ship aptly named HMAS Canberra (III) in waters off Bowen conducting helicopter landing and take-off trials.  The appearance of HMAS Canberra and the landing trials appears to be part of the RAN's Exercise Sea Explorer 2018 which has just kicked off. 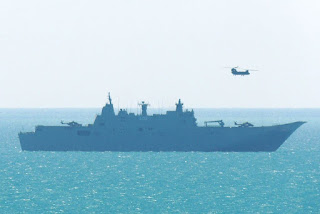 As these photos show, Australian Army Boeing CH-47F 'Foxtrot' Chinook and NH Industries MRH-90 Multi-Role Helicopters have been completing flights from and back to the HMAS Canberra. 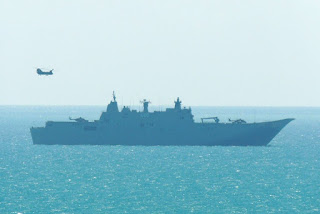 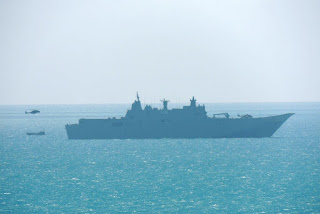 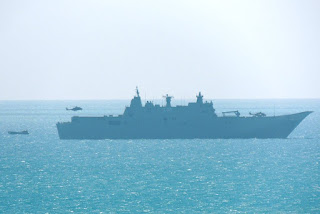 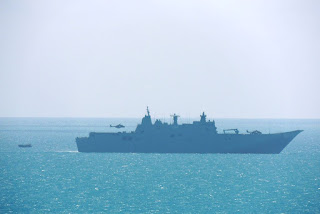 Chinooks A15-303 and A15-306, along with MRH-90s A40-036 and A40-042 have been noted flying around the area.  The Chinooks and MRH-90 Taipans are from the Army's 5th Aviation Regiment whose Facebook page also featured a photo showing the historic moment that both Chinook and MRH-90 helicopters landed on the HMAS Canberra together.


The HMAS Canberra (III) (L02) is the lead ship of the Canberra-class landing helicopter dock (LHD) ships in service with the Royal Australian Navy.  It is described as the current flagship of the RAN fleet.