Spotted during the latter part of this week outside their hangar at Mackay Airport was Heli-Aust Whitsundays' brand new Airbus Helicopters EC135 T3 VH-XUU. 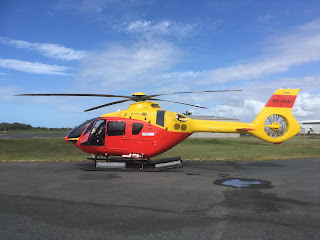 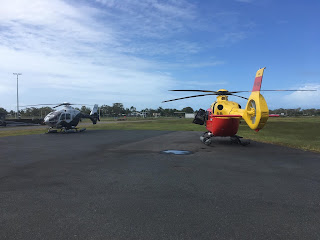 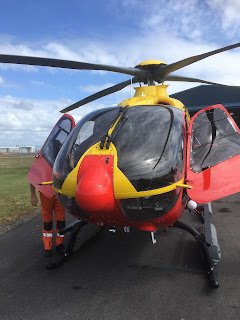 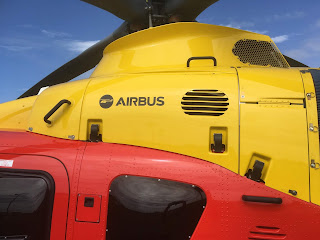 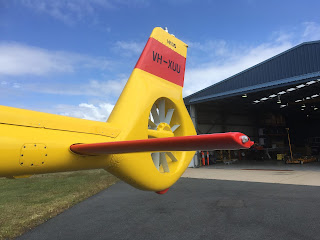 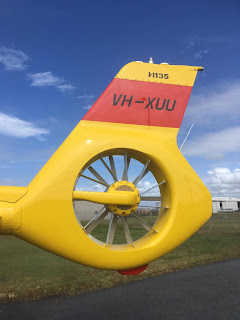 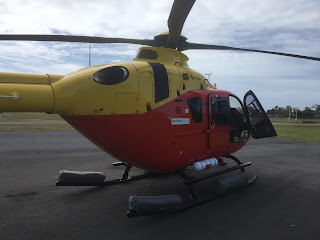 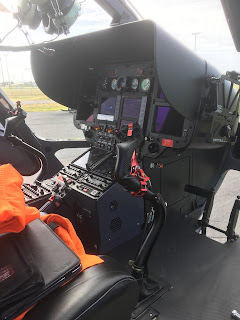 VH-XUU (s/n 1261) is a brand new 2018-model and literally has less than 10 hours on the motor.  It was noted completing test flights around Mackay Airport on Friday 25 May.

It was believed that on Saturday 26 May, VH-XUU was due to be flown across to Port Hedland in Western Australia where it is due to commence operating for Port Hedland Helicopters on marine pilot transfer and other flights.

I presume the delivery and subsequent transfer of VH-XUU to Port Hedland is to replace fellow Heli-Aust Whitsundays Eurocopter EC135 P2+ VH-ZGA which sadly ditched into water as it approached a bulk-carrier ship, North-West of Port Hedland in March this year.