What Could Have Been... With JetGo Australia Airlines in Voluntary Administration Virgin Australia E-190 VH-ZPT (in JetGo Colours) Passes Back Through Australia Heading for Storage

In June, JetGo Australia Airlines was placed in voluntary administration and suspended all regular public transport (RPT) flights.  Closed Fly-in Fly-out (FIFO) charter flights continued for a short time although these have since also ceased. 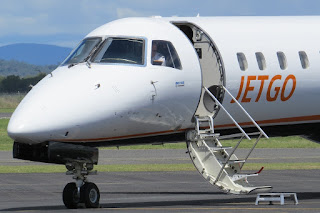 The move to appoint voluntary administrators comes after Dubbo Regional Council took legal action in the NSW Supreme Court to recoup what it said were unpaid debts totalling some $270,000.

JetGo began life in 2012 primarily as a FIFO and general charter flight operator.  In 2014, it applied for and was granted from the Civil Aviation Safety Authority (CASA) a high capacity jet Regular Passenger Transport (RPT) air operator’s certificate (AOC), allowing it to commence scheduled airline services.

We even had the pleasure of flying on the inaugural Townsville to Rockhampton and the Gold Coast and return RPT flight in 2015 - read the Trip Report HERE! 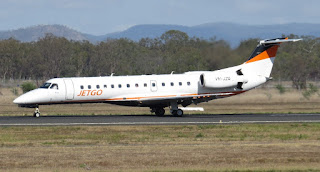 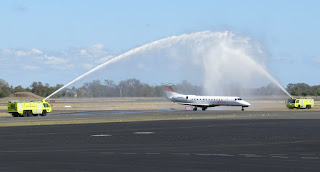 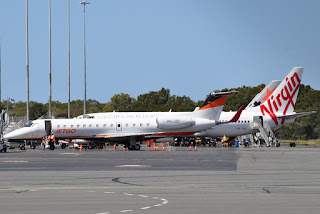 Its RPT network consisted of nine destinations in New South Wales, Victoria and Queensland - including Rockhampton in Central Queensland - which were all served with an all-Embraer fleet of 37-seat ERJ-135LR and 44-seat ERJ-140LR regional jets. 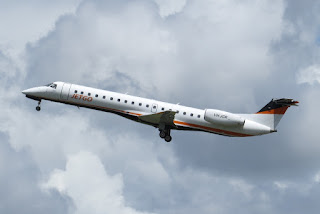 JetGo was also planning to launch international flights later in 2018 with larger Embraer E-190s as part of a Brisbane-Karratha-Singapore routing.  The ex-Virgin Australia aircraft - VH-ZPT and VH-ZPH - were due to be prepared for service in the Philippines before returning to Australia.

It was sad to see their first planned Embraer E-190 aircraft VH-ZPT pass through Australia recently while it completed a ferry flight from Clark International Airport in the Philippines to Nashville in the USA. 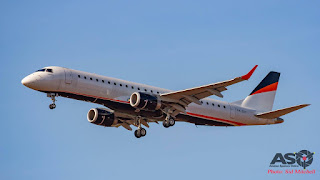 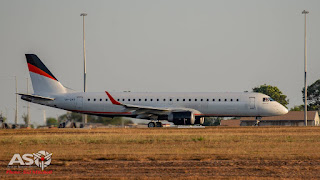 The ex-Virgin Australia aircraft was noted using the Virgin Australia flight number and callisign VOZ9948 / “Velocity 9948” and was spotted at Darwin in the Northern Territory after arriving form Clark on Monday 16 July.  It then continued to Cairns where it took off for Nadi, Fiji on Wednesday 18 July, but returned with a mechanical issue.  It eventually made it to Nadi on Thursday 19 July and has since continued to Nashville, arriving on Wednesday 25 July. 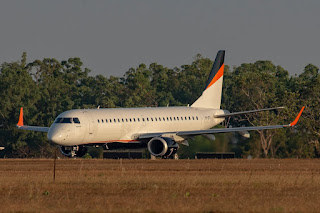 Meanwhile, the fates of their other five operational aircraft are believed to be as follows:

Of interest, I believe VH-JGB operated the final flight into Rockhampton Airport on Thursday 31 May when it operated as JG75 from the Gold Coast to Rocky and then Townsville. 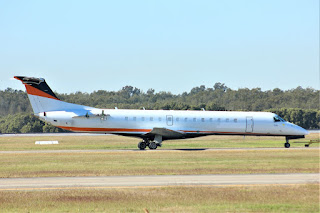 Finally, ERJ-145LR VH-JGR completed the JG21/22 FIFO charter flight from Townsville to Osborne Mine and back on Tuesday 5 June before eventually ferrying to Cairns on Friday 13 July. 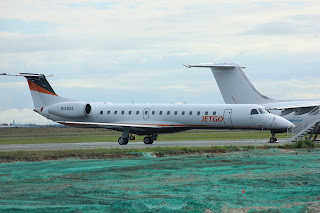