As mentioned below, during the afternoon on Monday 29 April, Royal Australian Air Force (RAAF) Beech B350 Super King Air A32-439 was noted arriving into Rockhampton Airport direct from RAAF Base East Sale in Victoria as "Regent 07". 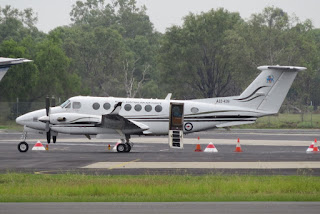 Meanwhile, also noted arriving into Rockhampton Airport, also on Tuesday 30 April, was RAAF Canadair CL-600-2B16 Challenger 604 bizjet A37-002 which touched down from Cairns as "Regent 13".  It had earlier flown from Canberra to Melbourne (Tullamarine) before heading to Cairns. 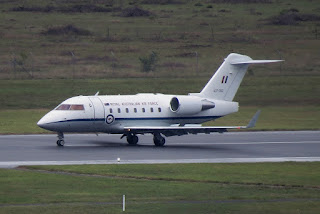 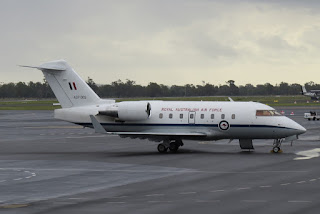 At the time of writing, it appears that A37-002 is also spending the night parked at Rockhampton Airport.

Various Federal Government and Shadow Ministers have appeared in news reports around the region so clearly then aircraft have been transporting them around in CQ.