From early November, the Qantas Foundation Memorial (QFM), which operates the Qantas Founders Outback Museum at Longreach Airport in Central Western Queensland, has embarked on a project to prepare and re-paint its Consolidated PBY-6A Catalina, VH-EAX. The aircraft - delivered in a bright yellow colour scheme in September 2011 after a career as a water-bombing aircraft in Spain (registered EC-EVK) - will be re-painted into distinctive Double Sunrise camouflage colours.

By late November, the Catalina had been completely striped and sanded, primer applied, and the final painting completed - other than the top side of the wings and the wheel wells – and quite often in temperatures over 40 degrees Celsius. 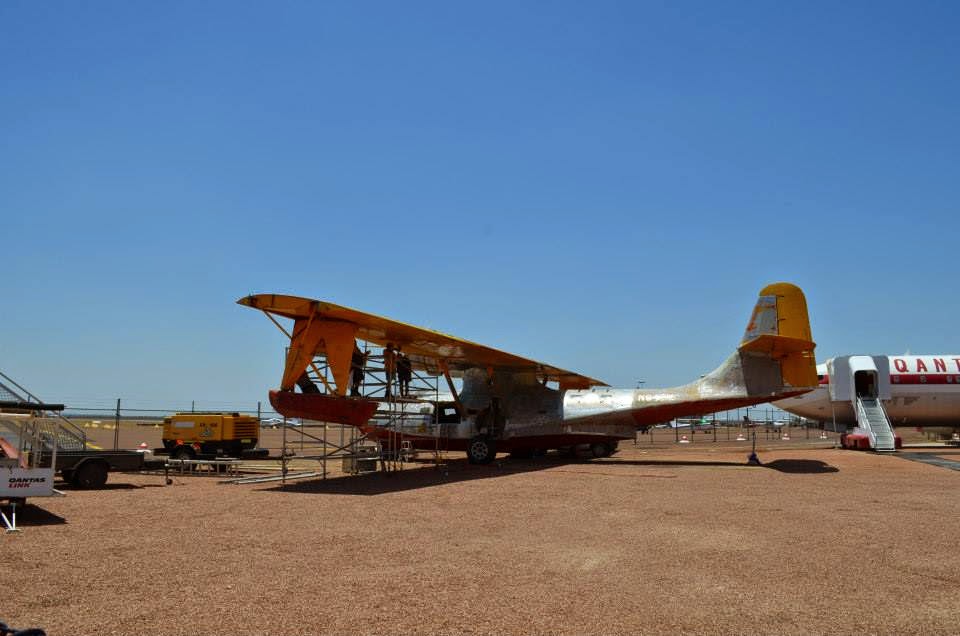 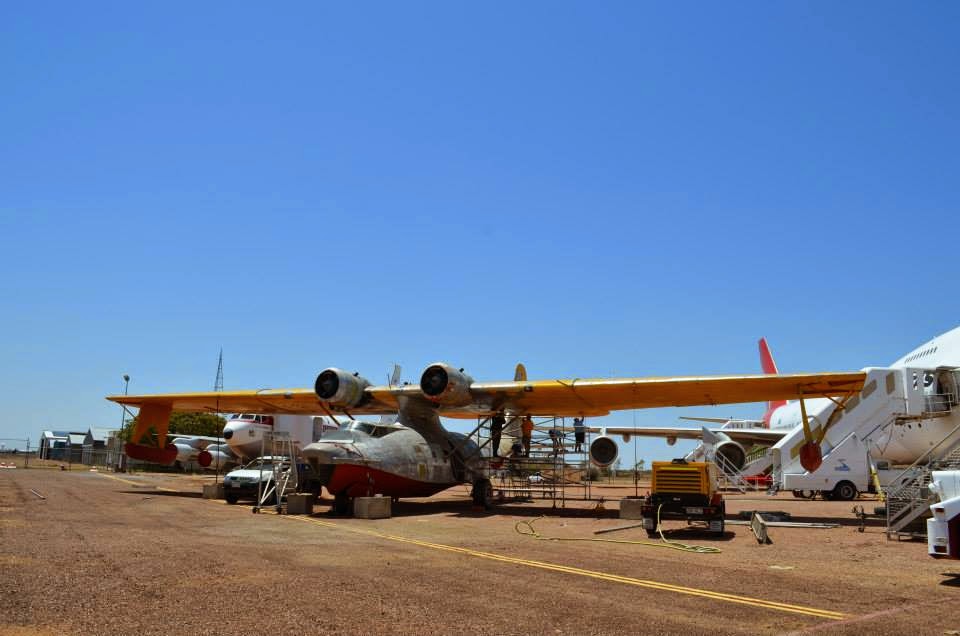 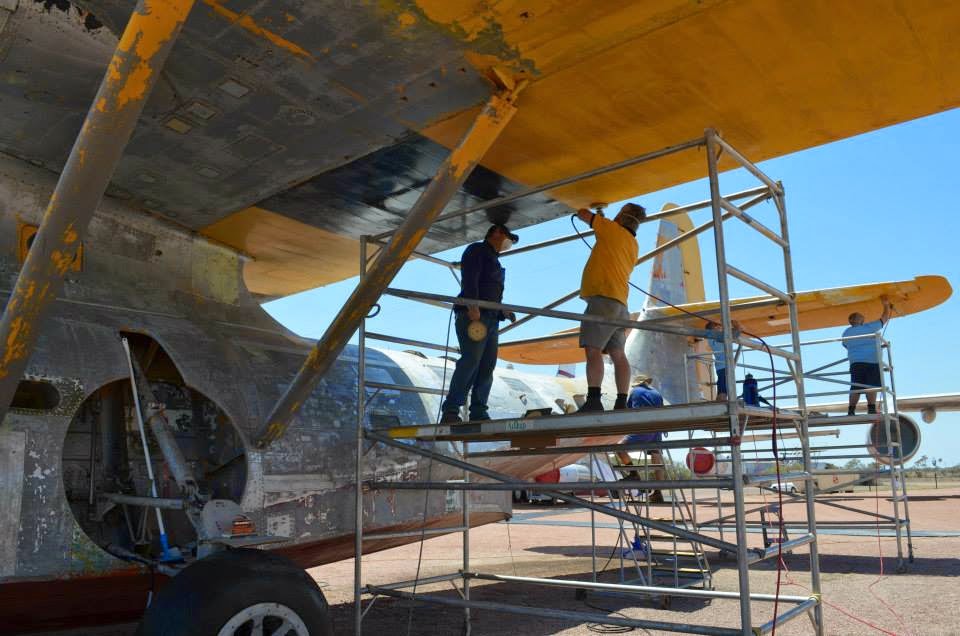 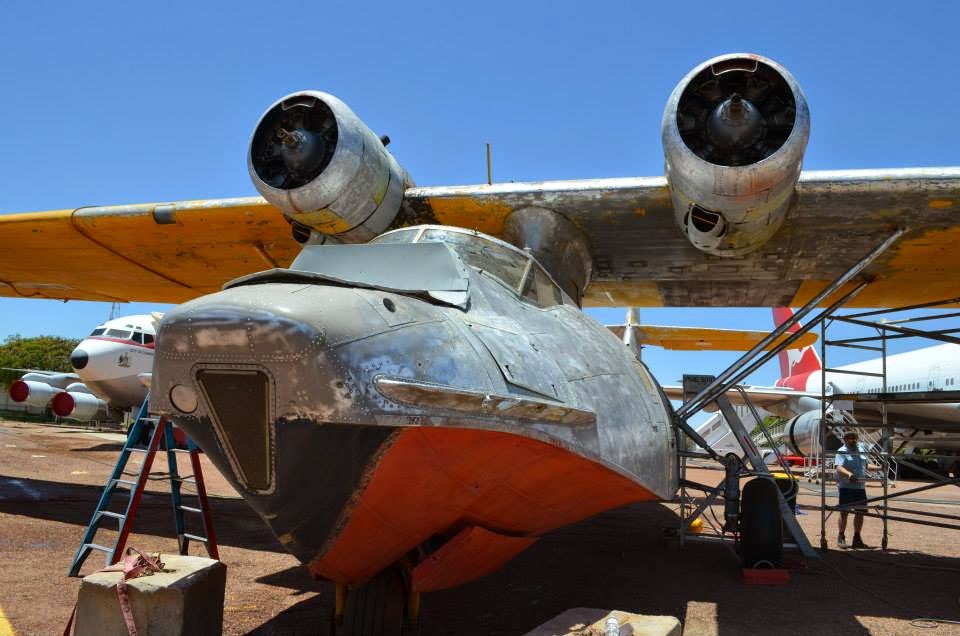 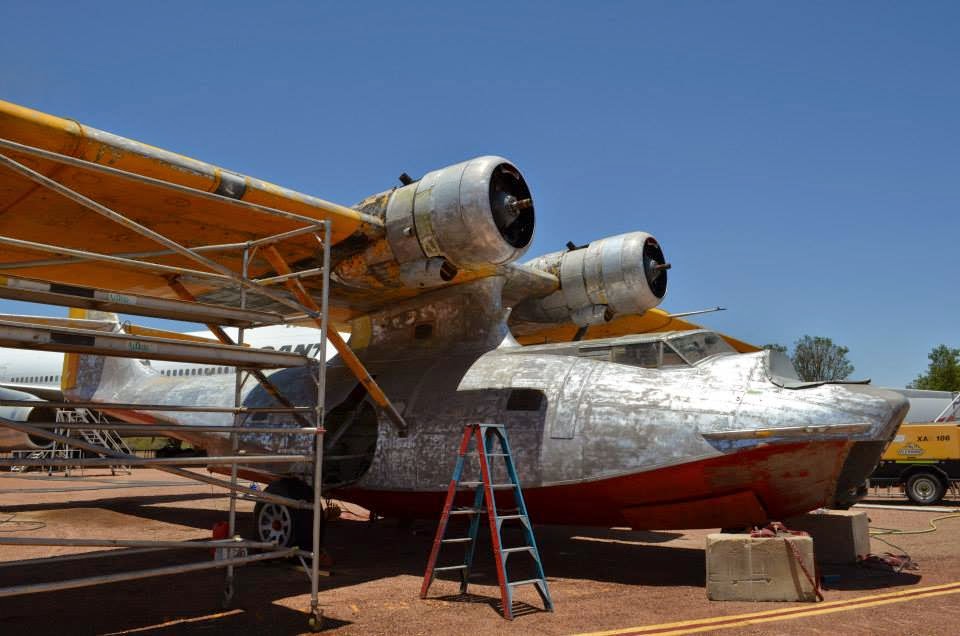 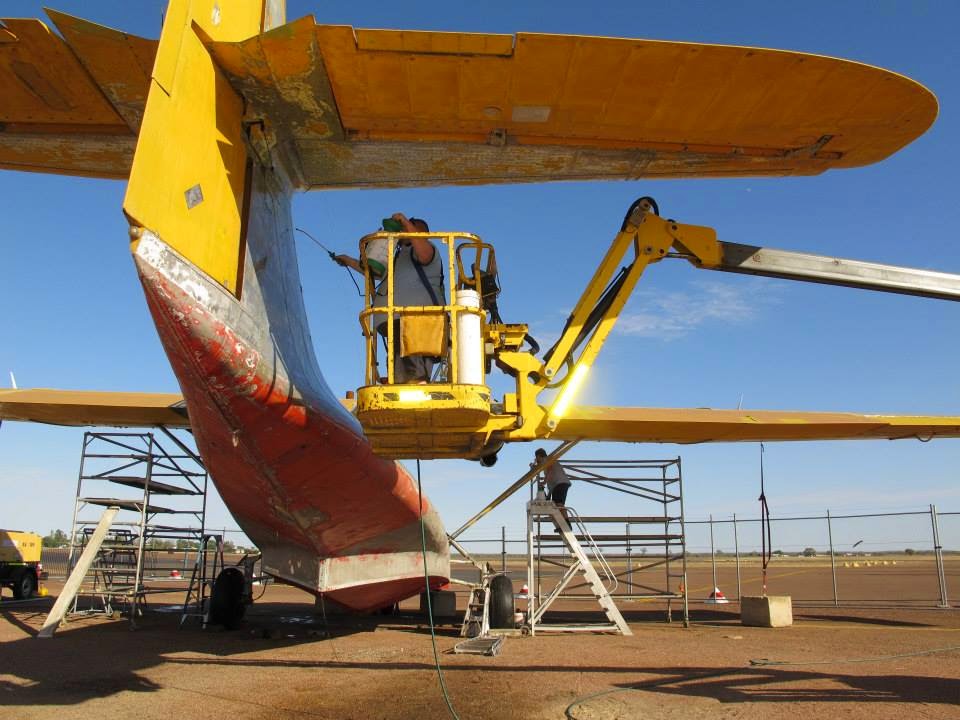 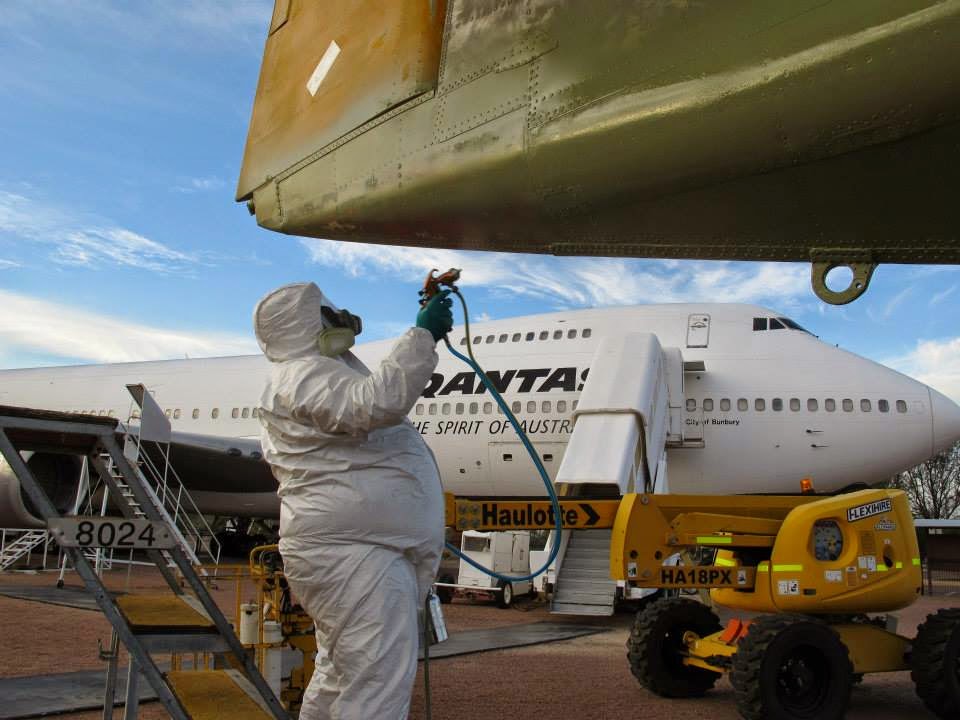 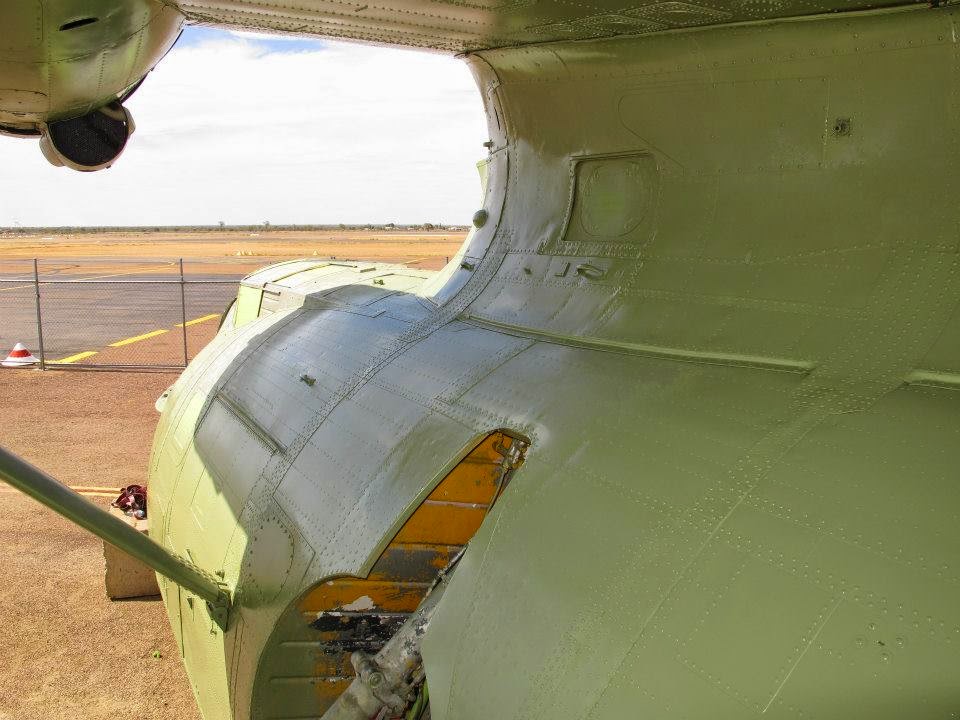 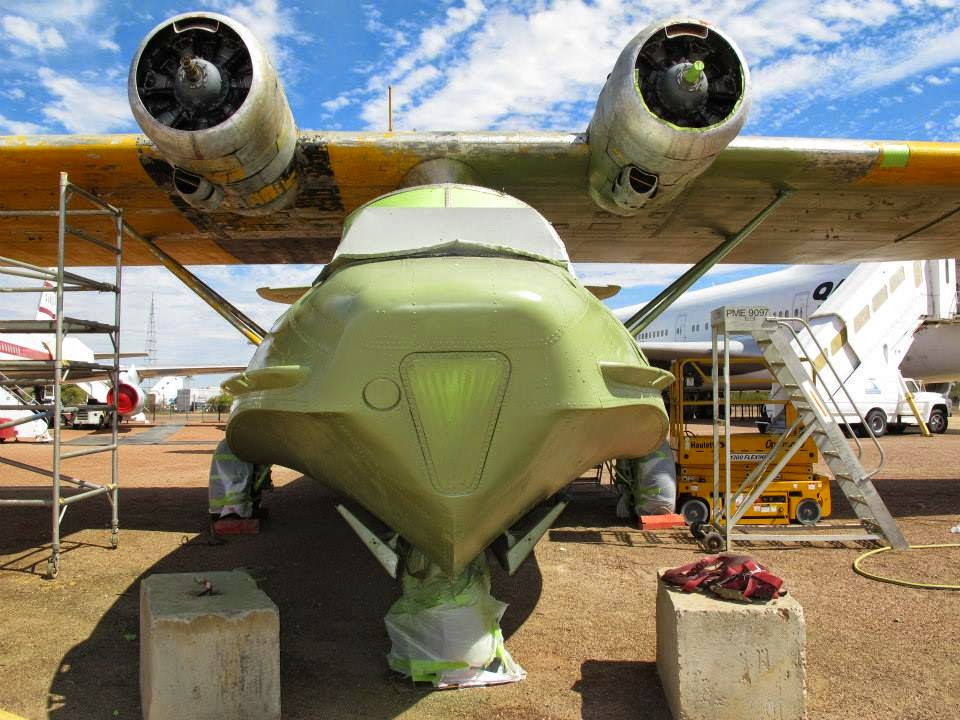 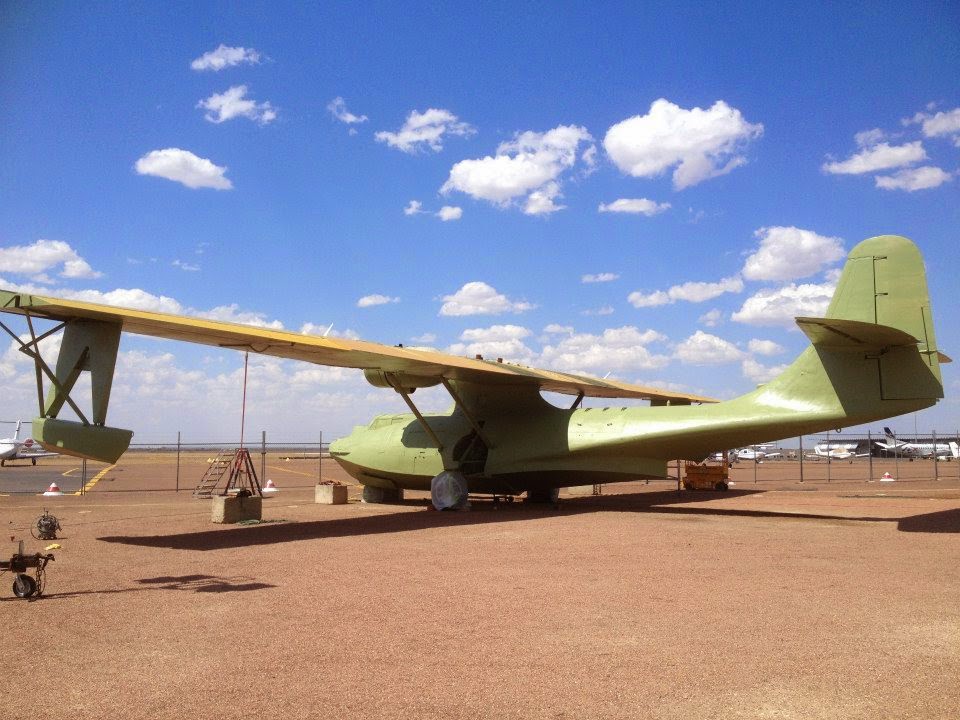 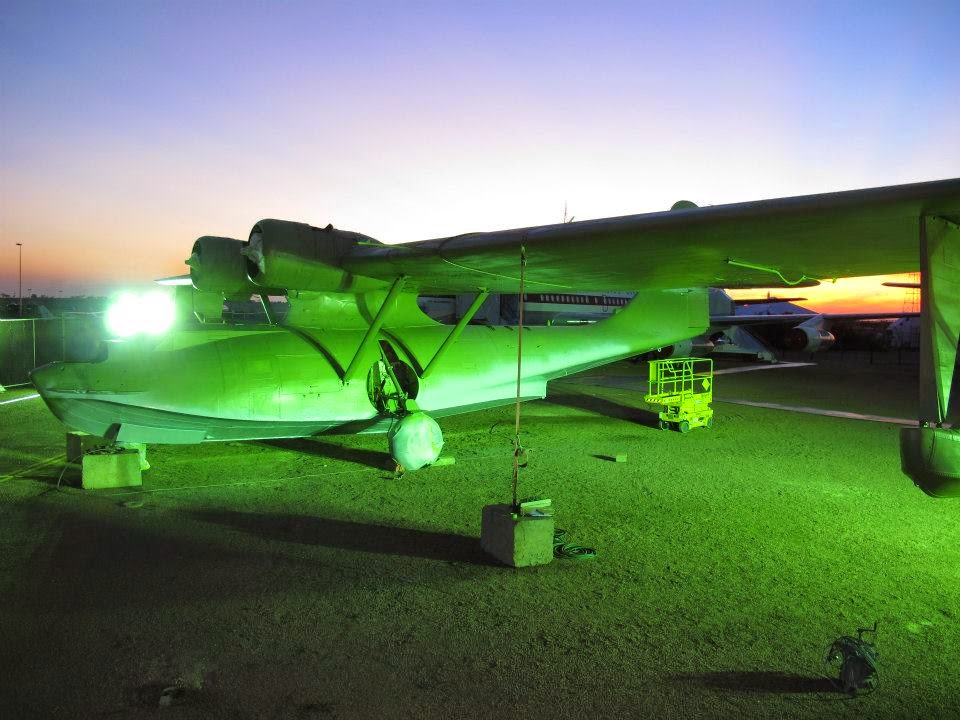 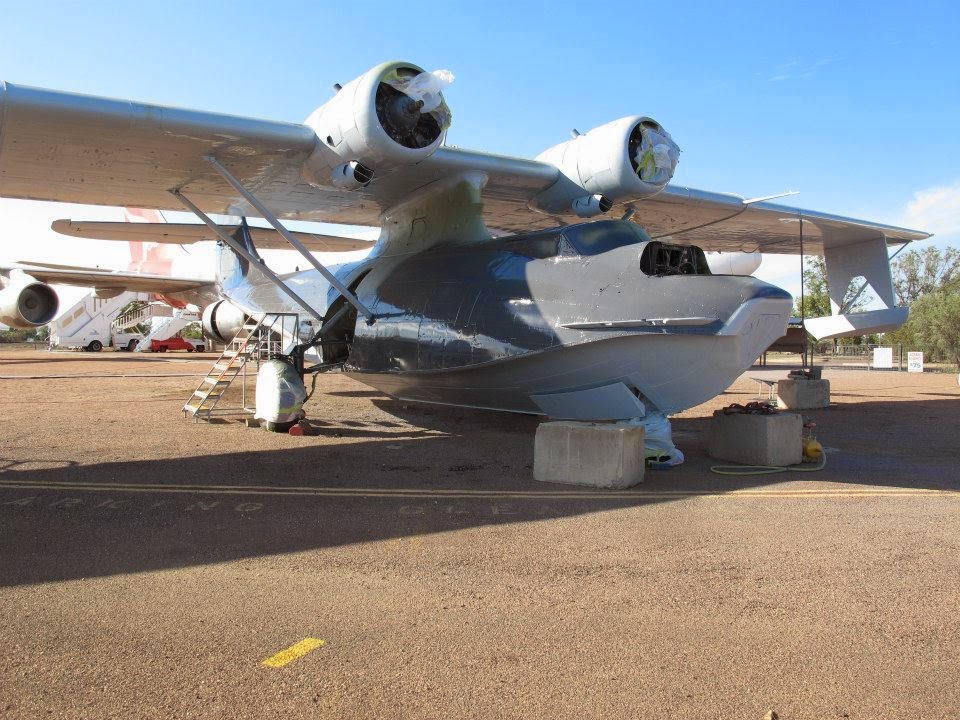 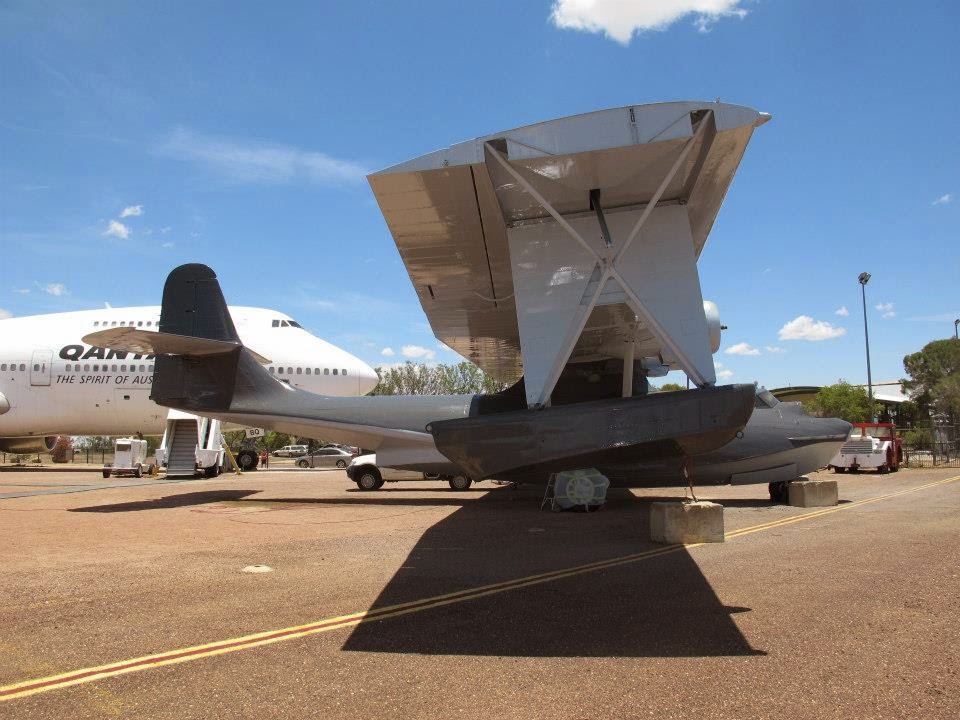 In the lead-up to Christmas, the next stage of restoration - to make it a display about the Double Sunrise Flights - took place on the inside of the Catalina.  The Museum staff have been working to remove the water tank in the Catalina.  This is a picture taken in the Radio Operator's compartment looking towards the back of the aircraft, before the water tank was removed. The water tank was used in this aircraft from 1962-1997 when the aircraft was used as a Fire Bomber in Spain. 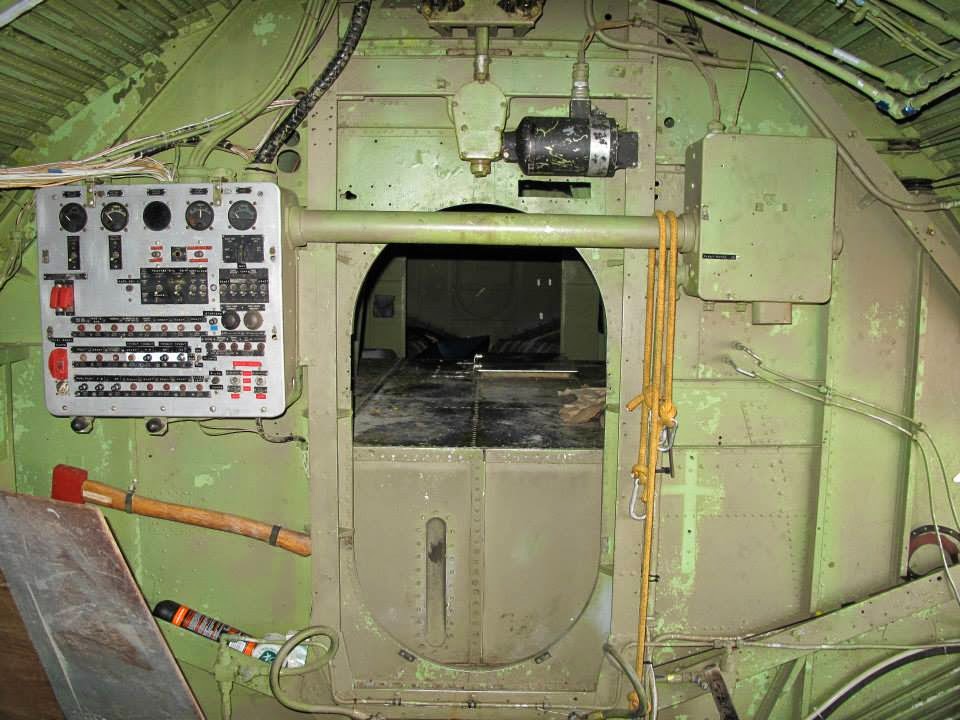 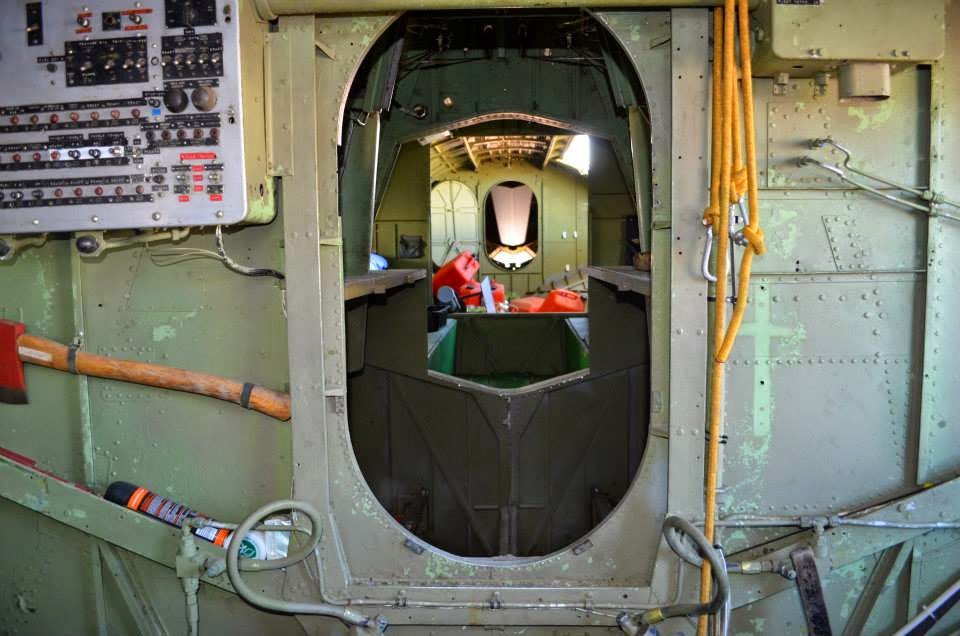 The Qantas Founders Museum's Consolidated PBY-6A Catalina, VH-EAX, arrived in Longreach in September 2011. The museum acquired this aircraft to tell the story of The Secret Order of the Double Sun Rise. From 1943 to 1945 Qantas ran a highly secret, high priority mail and passenger service from Lake Koggala, Ceylon (now Sri Lanka) across the Indian Ocean to Perth, Western Australia using Catalina Flying Boats. Qantas made 271 safe crossings, flying non-stop, crossing through enemy territory, unarmed and in radio silence except for a weather report at midnight. The average flight was 28 hours. 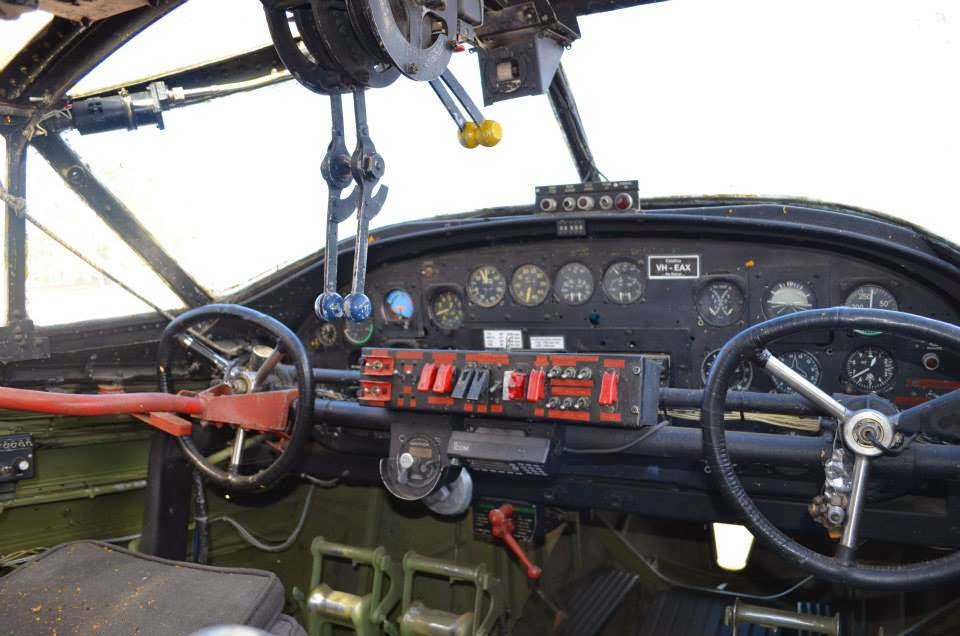 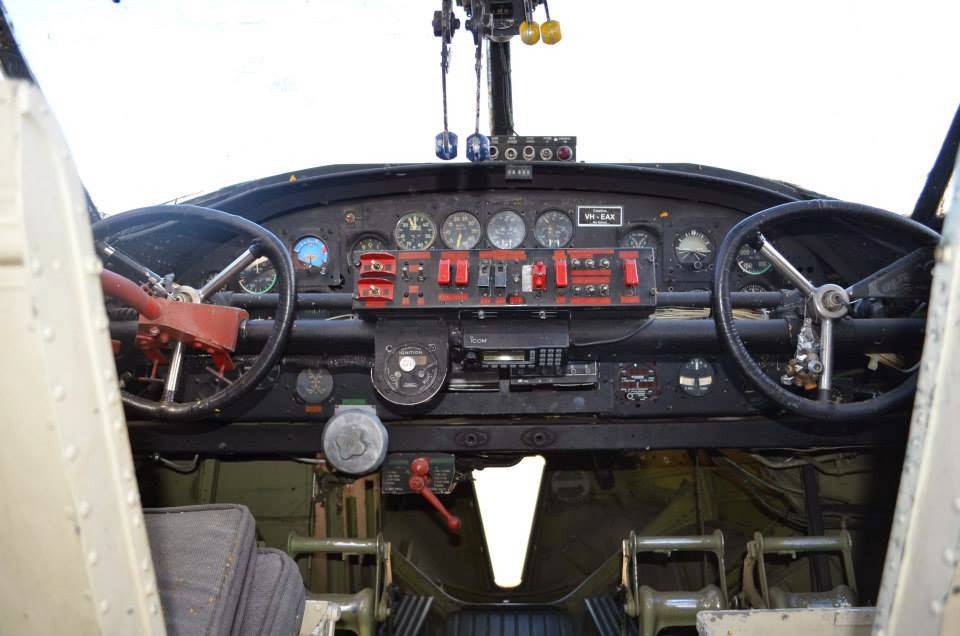 The museum plans to restore its Catalina as an exhibit for visitors to enjoy and learn about the Double Sunrise Flights. The museum's Catalina was purchased in Spain and is not an original Qantas Catalina. The five Catalinas Qantas used for these operations were destroyed in July 1945 under the "lend lease" scheme.

Interested enthusiasts can follow the on-going progress of the restoration of the Catalina on the Qantas Founders Museum Facebook page - http://www.facebook.com/QantasFoundersMuseum
Posted by Damian F at 2:15 PM