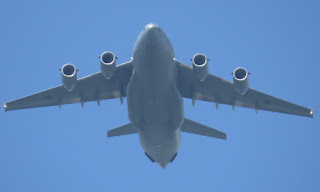 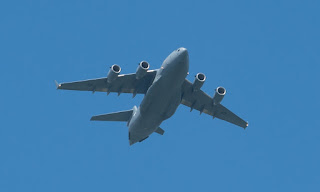 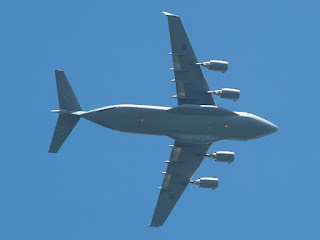 On this occasion A41-212 was flying as "Stallion 51" and appeared to fly up from RAAF Base Amberley and then continued further North to Townsville.

Meanwhile, a little later on Tuesday 15 March, RAAF Beech B350 Super King Air A32-346 performed a missed approach at both Rockhampton and Mackay Airports.  It flew up from the Gold Coast and continued up to Townsville as "Hudson 8".

Finally, Scott sends through a couple more great photos of Australian Army Boeing CH-47F ‘Foxtrot’ Chinook helicopter A15-304 which made what I believe to be the type's first visit into Rockhampton Airport on Monday 14 March as "Brahman 304". 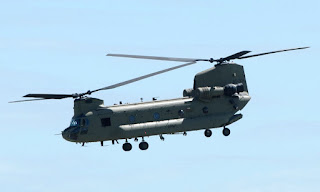 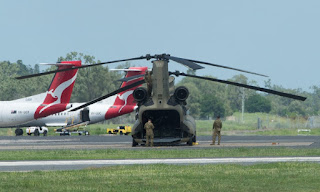 A15-304 has since been spotted further South and was shown on the ground in Melbourne on Wednesday 16 March.

Sincere thanks to Scott and Kayanne for taking the time to capture and send through these great photos!