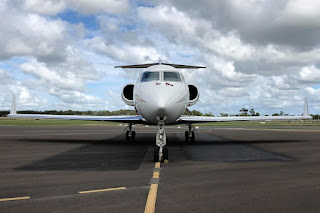 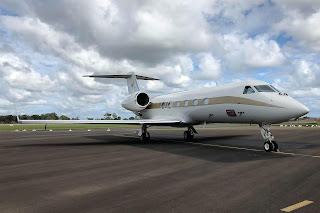 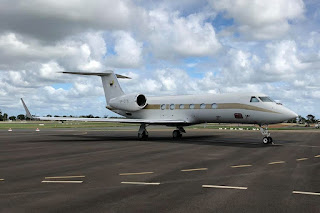 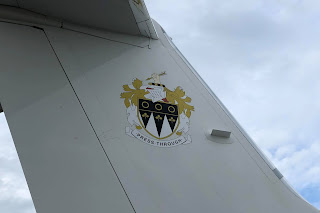 It departed to Cairns before then continuing back to Taipei (Songshan) Airport.

VP-CYH had arrived from there, touching down at Bundaberg Airport last Sunday 1 March.  It certainly allowed for local plane spotters to have ample opportunity to capture some great photos!

Again, for its flights home, VP-CYH was heard to be using the radio callsign of "Tagjet 88".

Meanwhile, the locally-based Greensill Aviation Cessna 550 Citation Bravo bizjet VH-CCJ which returned to and then departed Bundy at the end of last week, capping off a massive week of flying, also returned to Bundaberg Airport on Sunday 8 March.  It arrived from Sydney and the Toowoomba-Wellcamp Airport.