Certainly a surprise arrival into Mackay Airport early on Tuesday 10 March with Virgin Australia Boeing B737-800 VH-YIR operating the VOZ601/604 service from and back to Brisbane.  This is the aircraft's first visit into Central Queensland since it was retrofitted only last month with new Split Scimitar winglets.  It is pictured below arriving back into Brisbane Airport. 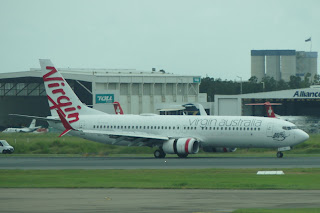 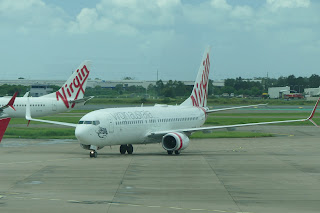 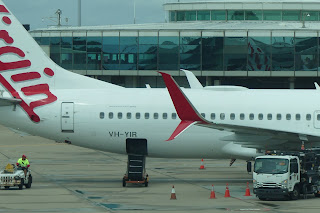 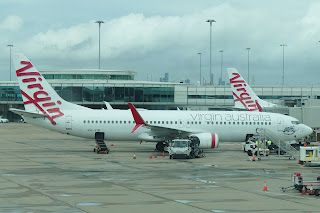 VH-YIR then visited CQ again later in the morning and is pictured below again at Brisbane Airport operating the VOZ607/610 service also from and back to Brisbane. 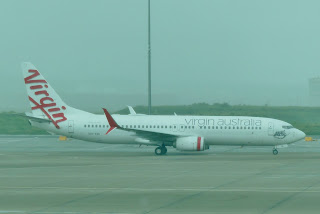 VH-YIR is reportedly the second of five Boeing B737-800s to be retrofitted with the new Split Scimitar winglets that will mostly be used on international flights to New Zealand, the Pacific Islands and Bali.  Indeed VH-YIR has spent most of this month since it was retrofitted with the winglets on international flights so its visit to CQ was certainly a pleasant surprise!

The first of the five Boeing B737-800s to be retrofitted with the Split Scimitar winglets was VH-YIV which made its first visit to CQ also at Mackay Airport but in December last year.