Two first visits in a week! 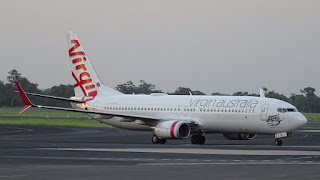 Certainly another wonderful surprise for Central Queensland Plane Spotters with Virgin Australia Boeing B737-800 VH-YIS touching down at Rockhampton Airport on dusk on Friday 13 March, making its first visit to the region only two days after returning from maintenance where it was retrofitted with new Split Scimitar winglets. 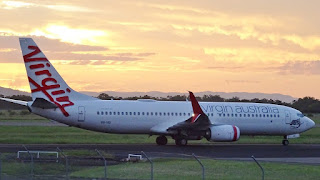 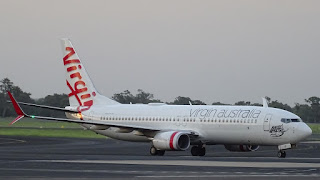 VH-YIS is pictured arriving into Rockhampton Airport from Brisbane as VOZ1249.  It later returned to the capital as VOZ1252.

VH-YIS is the third of possibly five Boeing B737-800s to be retrofitted with the new Split Scimitar winglets that will mostly be used on international flights to New Zealand, the Pacific Islands and Bali.

The two other of the five Boeing B737-800s to be retrofitted with the Split Scimitar winglets were VH-YIV and VH-YIR with the latter making its first visit to CQ but at Mackay Airport earlier in the week - see Blog post below.