After finally taking to the skies last week after spending several weeks parked following its delivery into Australia in January, the new Air Kiribati Embraer E190-E2 (ERJ-190-300 STD) VH-IKJ was photographed as it visited Rockhampton Airport on Sunday 5 April on what appeared to be another training flight. 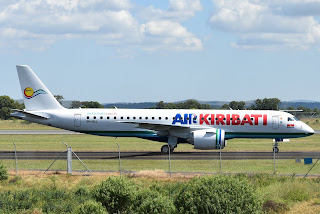 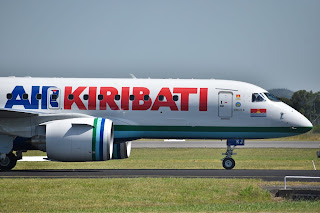 It flew up from Brisbane and parked on the main taxiway Juliette at Rockhampton Airport where it completed a crew change. 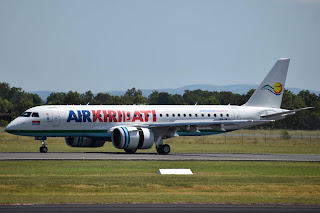 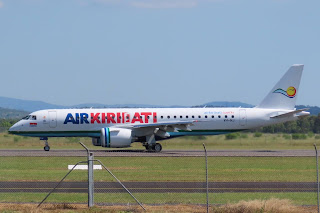 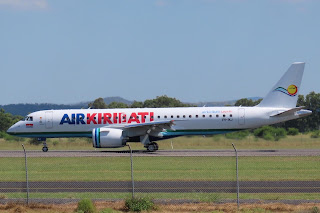 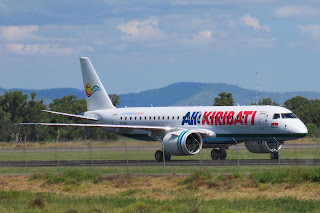 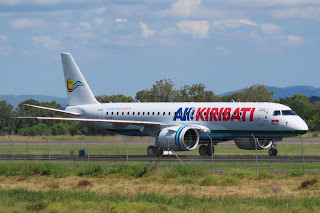 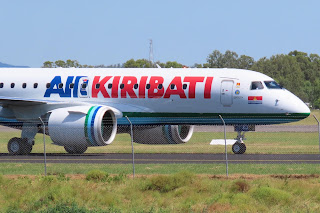 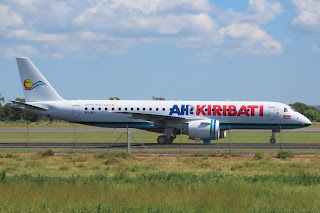 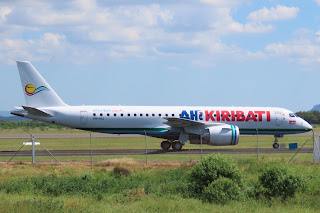 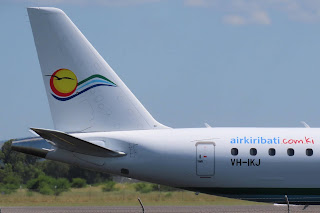 VH-IKJ then taxied back out to the Runway and departed back to Brisbane. 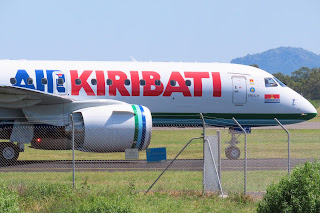 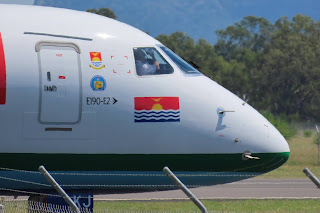 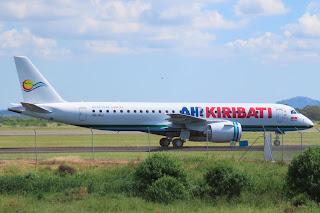 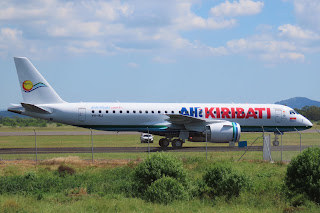 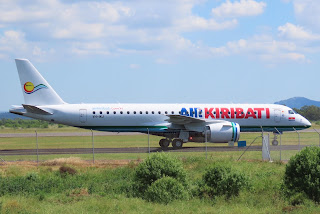 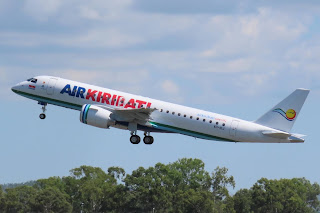 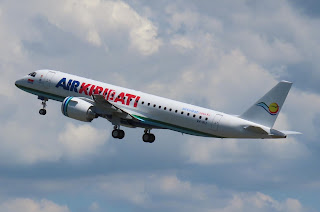 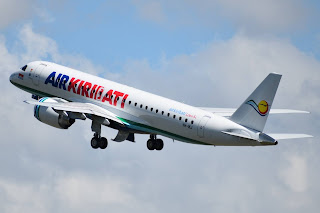 This was the latest in a series of test flights that VH-IKJ has completed following its first flight last Tuesday 31 March where it actually overflew Rockhampton Airport while flying from Toowoomba-Wellcamp to Brisbane.

The brand new Embraer was delivered to Air Kiribati at Wellcamp in January wearing its Brazilian delivery registration marking of PR-EHT.


It was added to the Australian Aircraft Register in February as VH-IKJ is owned by and registered to the Government of Kiribati, with Sydney-based passenger and cargo airline Pionair Australia as the registered operator.  It remained parked at Wellcamp until departing on the test flight described above.

Air Kiribati is the flag carrier of the Republic of Kiribati (pronounced Kiribas) and operates scheduled passenger services to 20 atolls spread over an area of 3.5m sq km.

It is headquartered at Bonriki International Airport on the island of Tarawa in the Gilbert Islands.  The airline operates an international service from Tarawa to Tuvalu.  Regional charter flights, medical evacuation and search and rescue services are also undertaken by the airline.


Kiribati is a small nation that covers an immense geographical area - which is mostly water.  The E190-E2 was chosen for its ability to economically connect two important islands, Tarawa in the west and Kiritimati or Christmas Island in the east. Even with the E2 this is more than a 4 hour flight.

Sincere thanks to local plane spotters Michael M, Trevor H and Kayanne H for taking the time to capture and send through these great photos!