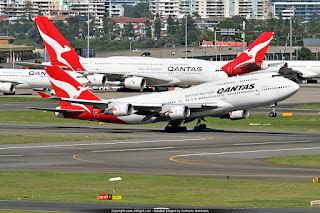 Named 'Parkes', VH-OEG departed Sydney empty as QFA6001 direct to Los Angeles following a short period in the hangar at Sydney Airport where it is believed some internal components were removed.

At just over 17 years old, VH-OEG was delivered to Qantas in December 2002.  Like the other B747-400ER jumbo jets, VH-OEG is powered by General Electric (GE) CF6 engines.

Central Queensland plane spotters had the pleasure of photographing VH-OEG on a couple of occasions including during the recently joint Military Exercise Talisman Sabre 2019 (TS19) when it operated troop charter flights into Rockhampton Airport at the start of June. 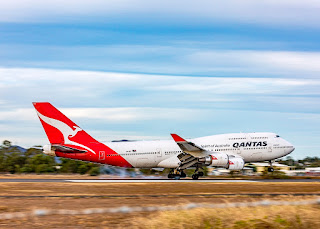 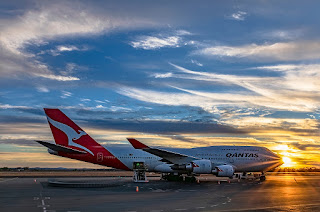 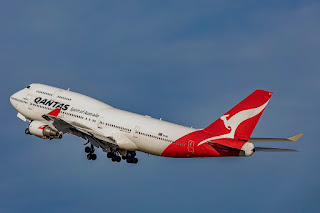 It is believed that after a lay-up at Los Angeles, VH-OEG will soon after ferry to be stored at the Mojave Desert in the United States of America.