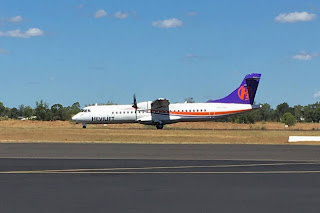 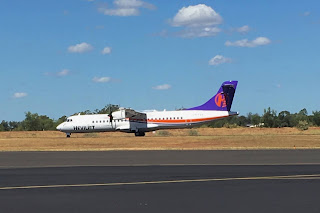 VH-FVH then returned to Moranbah Airport and later Brisbane as HT704/736.

I believe this is the first time that Hevilift has completed a FIFO charter flight into Emerald Airport during this current Coronavirus crisis which is seeing most resource companies flying workers and contractors in and out of the region on closed charter flights.  Hevilift is also currently flying 1-2 daily FIFO charter flights into Moranbah Airport. 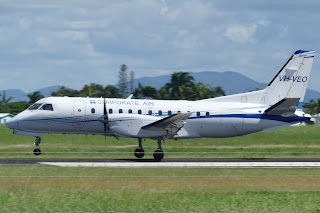 As shown above, VH-VEO called into Mackay Airport on Friday 17 April from Brisbane.  It then looked to return to the capital via Emerald Airport.

VH-VEO also called into Emerald Airport and VH-VEP called into Mackay Airport both on Tuesday 14 April.

While Regional Express (REX) SAAB 340B VH-REX was also spotted calling into Mackay Airport but on Wednesday 15 April. 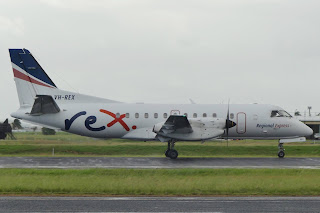 It arrived from Brisbane and Emerald Airport as RXA9272/9994 before later departing back to Brisbane as RXA9995.

Finally, over the course of the week, Alliance Airlines operated (by my count) 26 closed FIFO charter flights with their Fokker F-70 and F-100 jets into the region mostly from and back to Brisbane including Roma, Moranbah, Mackay (pictured) and Rockhampton Airports, as well as multiple daily flights in and out of Emerald Airport. 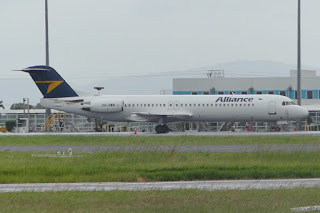