With the worst of the flooding in Rockhampton hopefully now over, attention will soon turn to the massive clean-up, with most focussing on the Airport. 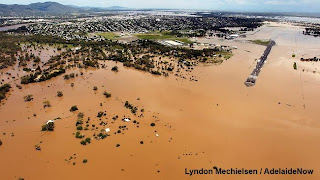 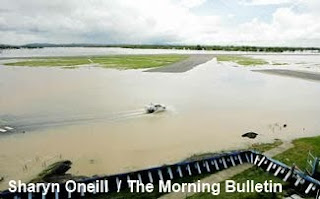 The usually bustling regional airport, servicing around 2000 passengers a day, has become a ghost town since it was closed on New Year's Day. It is expected to be closed for a further two to three weeks, depending on the state of the runways and apron areas which are currently under-water.

The Director of Rockhampton Airport, David Blackwell, explained that “Once the water starts to recede (from these areas)... we'll be able to quickly identify whether there's significant problems with the runways; from there we'll have to do strength-testing and reinstate a whole heap of equipment and navigation aids and after that we'll be back in business.”

The reality is that this could take weeks. Not only are the runways covered in water, but all electrical equipment has been disconnected and moved, including pay facilities for parking. On the positive side though, with the Fitzroy River peaking 200mm below the expected level, water had not entered the terminal at all. 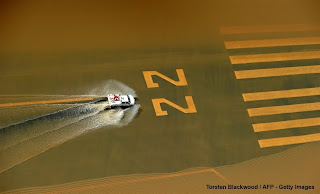 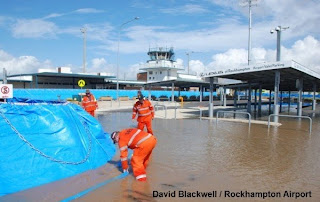 Passengers booked to fly in or out of Rockhampton over the next couple of weeks should contact their airlines to make alternative arrangements.

Meanwhile all vehicles have been removed from the airport carpark. The Rockhampton Council advises that people should call 1300 22 55 77 for further information on the recovery of their vehicle.
Posted by Damian F at 8:11 PM