The Whitsunday Coast (Proserpine) Airport (PPP) is located approximately 10 kilometres south of Proserpine and is the main gateway for travellers to and from the Whitsunday’s and Airlie Beach. The airport is operated by the Whitsunday Regional Council and presently only has flights to Brisbane operated by Jetstar and Virgin Blue. 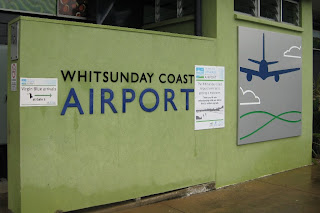 The small terminal currently has the basic facilities of most regional airports, but is undergoing an upgrade which is expected to be completed sometime during 2011. The terminal itself (including the cafeteria) only opens its doors from around 12pm to 7pm each day – this is a Council regulation. Passengers arriving at other times will find the doors shut and locked tight. 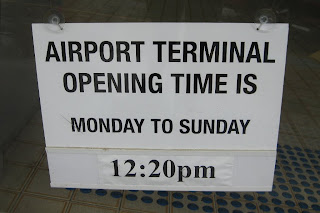 The check-in counters for Virgin Blue and Jetstar are at opposite ends of the terminal, with a departure lounge and cafeteria situated in the middle. There has previously been an outdoor departure area where passengers could sit and watch the visiting airplanes. Baggage collection is presently outside of the terminal with passengers collecting their bags off trolleys brought from the plane. 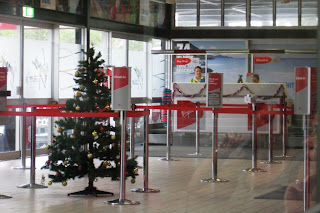 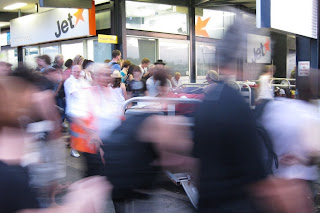 Parking at the airport is free of charge, although space is limited and cars are often parked on the grass verges. The most popular method of ground transportation is via one of the many transfer bus and car companies that ferry passengers from and to Proserpine and Airlie Beach. Car Hire and Taxis are also available.

In November 2010, construction commenced on a $7 million upgrade of the existing terminal and facilities at the Airport. The upgrade and refurbishment of the Whitsunday Coast Airport Terminal is a joint project between the State Government and the Whitsunday Regional Council. 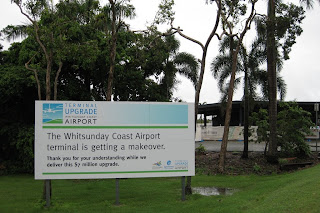 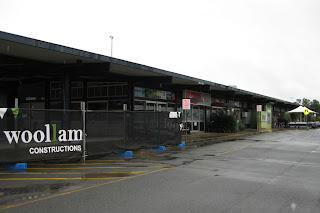 Construction involves the demolition of parts of the current structure and earthworks. The key features of the upgrade include a bigger departure lounge and baggage claim area, a new bigger combined check in area, a new baggage claim carousel inside the terminal, a new-look cafeteria and bar, relocated and refurbished airport offices, and customs and quarantine facilities for potential limited international carriers in the future.

It is hoped that with the airport welcoming more than 130,000 people a year on tours, transfers and adventure flights, that a revamped Whitsunday Coast Airport would be a real boost for both international and domestic tourists, providing a more functional and comfortable terminal for the visitors to the region.

Plane spotting at the airport is quite easy, with a large grassed area next to the terminal (pictured below) overlooking the terminal apron and itinerant aircraft parking area. 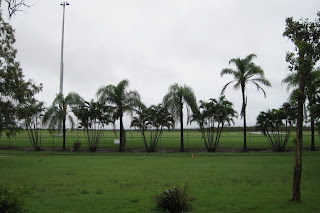 Local fixed based operators are located at the Eastern end of the airport, and photos of their aircraft (including helicopters) can easily be taken through or over the fence.
Posted by Damian F at 9:01 AM