Saturday's Highlights from a Quieter Day's Spotting at Rockhampton Airport

Compared to recent days, Saturday 25 June was a relatively quiet day for plane spotting at Rockhampton Airport with a Royal Australian Air Force (RAAF) Lockheed C-130H Hercules visiting for about an hour, and only a couple of the Australian Army Commonwealth CA-32 (Bell 206B/OH-58A) Kiowa helicopters hitting the skies. 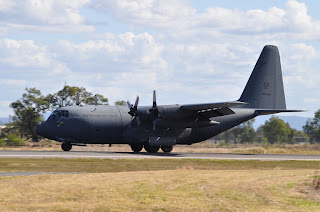 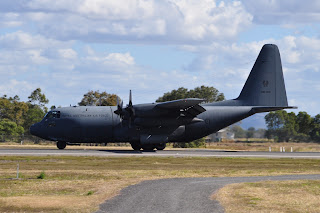 There is apparently the possibility of more transport aircraft visiting Rockhampton Airport over the coming days.

Meanwhile, the remaining Eurocopter (ARH) Tiger, and Sikorsky S70A-9 Blackhawk helicopters all remained parked either beside Runway 04/22, or on the military hardstand at the Airport - as shown below. 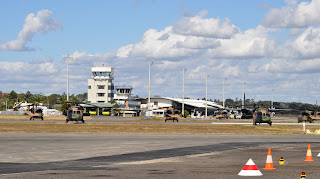 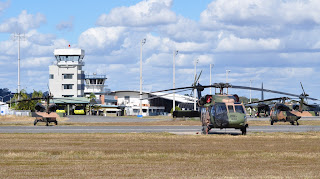 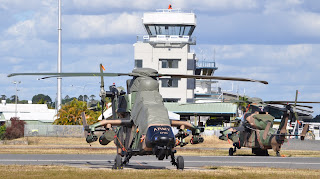 One other interesting movement of note was a Cessna 337 "Push/Pull" type plane with two propellers - one pushing and one pulling! This aircraft is based is registered VH-OTU and is based in Townsville. It wears a very attractive United States Air Force (USAF) colour scheme. 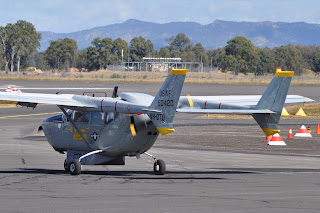