Emerald Airport on Saturday - But I Couldn't Make It!!

"That'd be right!!"  On Saturday 27 October there were some interesting arrivals into Emerald Airport, however I was stuck in Clermont attending to some sporting commitments! 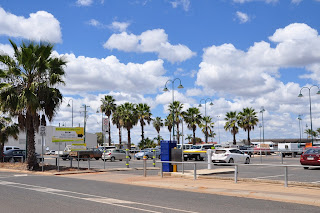 As mentioned below, Adelaide-based Cessna 525 Citation CJ1 bizjet VH-TFW popped in, arriving from Canberra and later departing to Cairns.

A popular flight tracking website also had a Dutch-registered Piper PA-30 Commanche PH-ILB arriving into Emerald from Brisbane - this is yet to be confirmed!

Lastly, big Bell 212 Huey P2-HCI arrived into Emerald from Mackay, Townsville, and Cairns.  It had earlier arrived in Cairns from the North of Cairns, and was photographed by the Far North Queensland Skies blog - LINK.
Posted by Damian F at 8:37 AM