Obviously, the highlight of the week so far at Rockhampton Airport has been the visit of Polet Aviakompania (Polet Airlines) Antonov AN-124-100 RA-82068 which arrived on Monday 26 November and departed on Tuesday 27 November. 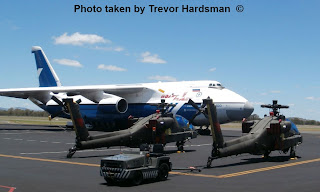 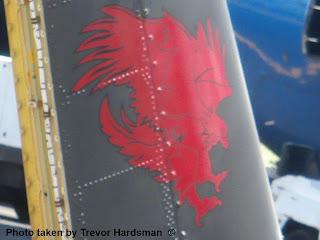 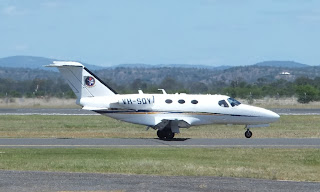 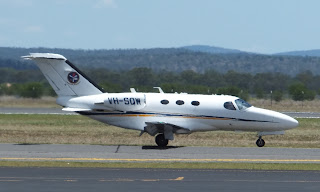 Both Mustangs arrived from the Sunshine Coast and then conducted air-work in the Rockhampton Airport circuit area - including missed approaches and touch and gos.  After landing to take on fuel, they departed back to the Sunshine Coast.  VH-SQY was using the callsign "Raffles 52", while VH-SQW was flying as "Raffles 21".

On Tuesday 27 November, VH-SQW was again noted at Rockhampton Airport, this time as "Raffles 71".

Meanwhile,Virgin Australia (Skywest Airlines) ATR 72-600 VH-FVN was also spotted on Monday 26 November - it was parked right next door to the Antonov - passengers and crew certainly had a great view! 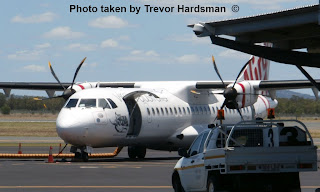 Thanks again to the Rockhampton Airport Plane Spotters for their valuable contributions over the last couple of days!
Posted by Damian F at 11:20 PM