After arriving and then spending most of the previous day being carefully loaded and prepared for departure, Polet Aviakompania (Polet Airlines) Antonov AN-124-100 RA-82068 blasted off Rockhampton Airport's Runway 15 early on Tuesday 27 November. 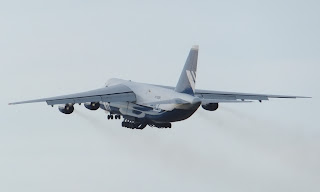 The giant Antonov taxiied away from Gate 6 just after 6.00am.  It then back-tracked to the full length of Rockhampton's Runway 15, when after some time spooling the engines up, it rumbled down the Runway, lifting off just in front of a small crowd of dedicated enthusiasts (including 'IAD' who supplies these photos) that came to see it leave. 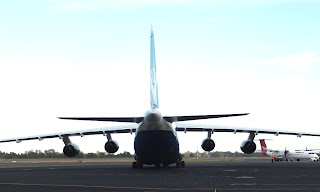 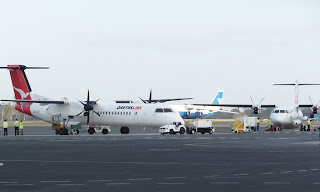 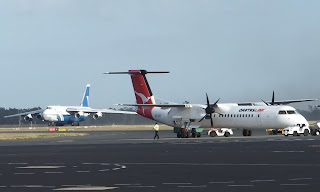 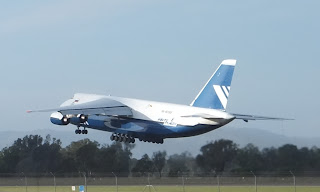 RA-82068 departed as "POT4788" flying to Darwin.  After a tech-stop in the top-end, it will continue to Singapore on completion of its mission to transport five Republic of Singapore Air Force (RSAF) Boeing AH-64D Apache helicopters home from participating in the Singapore Armed Forces Exercise Wallaby 2012. 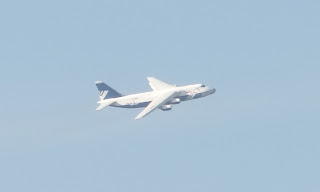 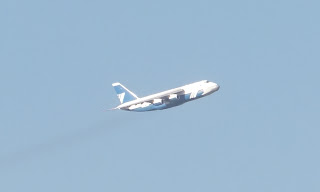 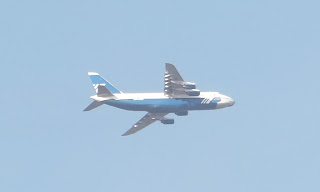 Reports suggest that pretty much all equipment and personnel associated with Wallaby 2012 has now been packed up and shipped out, so ending another successful Exercise for the Singapore Armed Forces.  We look forward to seeing you all in 2013!!

My personal thanks to all the Rockhampton Airport Plane Spotters who have supplied a great coverage of the Exercise - cheers guys!  Damian F
Posted by Damian F at 8:54 AM