It interesting arrival into Maryborough and Rockhampton Airports on Friday 11 December was Jandakot Flight Centre Beech B200 King Air VH-XCB.

Over the course of this week, VH-XCB positioned across from Jandakot Airport in West Australia, all the way to the Sunshine Coast.  It flew across the country via Kalgoorlie-Boulder and Port Augusta in South Australia.

On Friday, VH-XCB initially positioned into Maryborough from the Sunshine Coast to pick up Federal Transport Minister and Deputy Prime Minister Warren Truss and bring him to Rockhampton to oversee the opening of a new road. 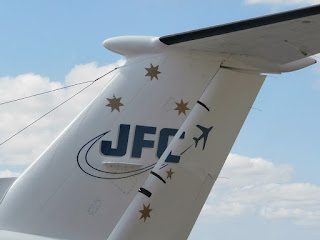 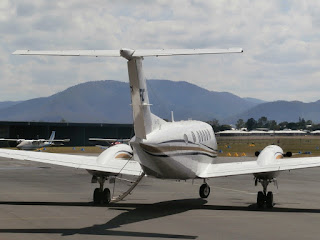 In the early afternoon, VH-XCB positioned up to Hedlow Airfield before returning South to Maryborough and then the Sunshine Coast.

It's also worth mentioning that Redjet Aviation Piper PA-31 Navajo VH-PJU also called into Rockhampton Airport on Friday 11 December.  It had a busy day of flying on Friday, starting and finishing at its Toowoomba base and calling into Bundaberg, Biloela / Thangool and Archerfield (twice).