Col was at the right place at the right time at Gladstone Airport on Monday 7 December as yet another Virgin Australia Boeing B737-800 touched down on a scheduled service from and back to Brisbane. 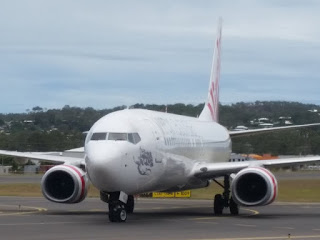 And as this post is being written, fellow Virgin Australia B737-800 VH-YVC is winging its way also to Gladstone Airport operating as VOZ1719 from Brisbane.

VH-YVC doesn't appear to be staying the night though with it 'scheduled' to depart back to Brisbane empty as VOZ9908.

VH-YVC does appear to the be 'scheduled' to return to Gladstone early on Tuesday 8 December operating the VOZ1707/1710 scheduled service from and back to Brisbane.

This continues the excellent run of larger B737-800 jets that Virgin are operating into Gladstone!

Col also sends through a couple of photos of aircraft on the Gladstone Airport General Aviation (GA) Apron on Monday 7 December including locally-based Cessna 210 VH-KTE which has recently taken up residence with Gladstone's Purcell's Engineering.

In fact, VH-KTE later departed Gladstone on a flight to Emerald, returning later in the evening.

A familiar visitor to Gladstone Airport in the form of Papam Cessna 402B VH-RLX was also spotted by Col.

This aircraft is frequently involved with aerial survey flights and is a regular to the industrial city. 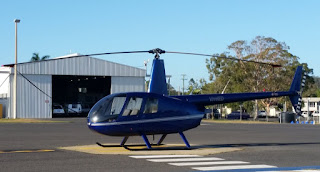 Sincere thanks to Col for again taking the time to capture and share these great photos!