On Saturday 31 March, Nauru Airlines Boeing B737-319 VH-XNU was spotted arriving into Mackay Airport, touching down direct from Brisbane as RON800. 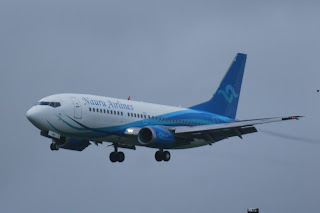 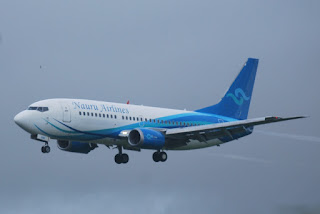 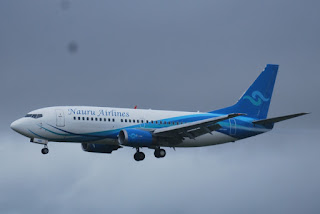 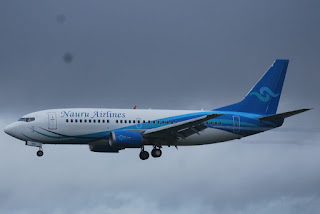 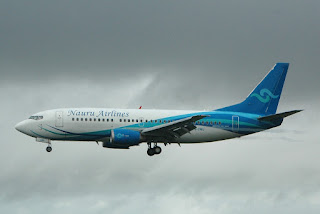 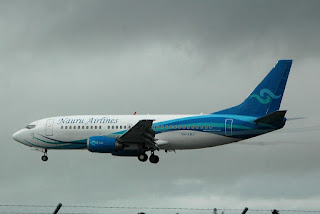 After around an hour on the ground, VH-XNU was then noted departing Mackay for Cairns as RON901. 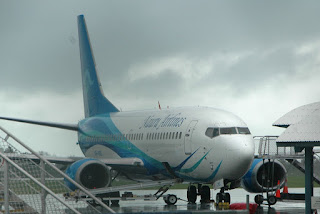 It is believed that VH-XNU transported players and support staff of the local Mackay Cutters Queensland Rugby League (QRL) Team to Cairns where they were to play the Cairns-based Northern Pride QRL Team in the latest round of the Intrust Super Cup.

Following the game on Saturday night, information suggests that the players and support staff will return to Mackay with VH-XNU expected to make a midnight arrival back into Mackay Airport late on Saturday 31 March / early on Sunday 1 April.

As we've mentioned in the past, Nauru Airlines (the trading name of Nauru Air Corporation) and formerly known as 'Our Airline' and 'Air Nauru', is the national airline of the Republic of Nauru.  It currently operates scheduled international services from Nauru to other Pacific Islands and Australia.  Nauru Airlines also operates various charter flights to locations in Australia, Asia, New Zealand, South and Central Pacific.

Sincere thanks to local plane spotters 'JM' and 'TM' for taking the time to capture and send through these great photos of a great visitor to the Sugar City!