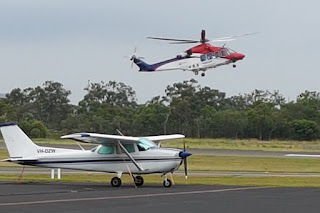 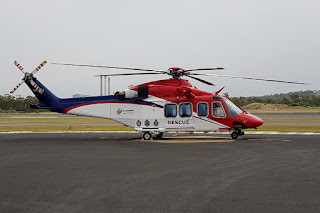 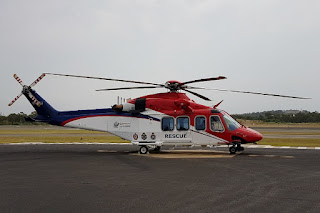 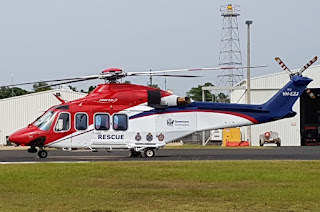 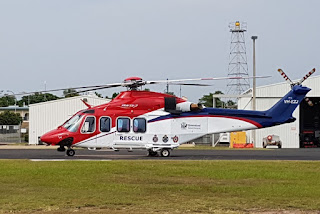 VH-EZJ was heard using the radio callsign of "Rescue 500" - the usual callsign of the Archerfield-based QGAir Rescue helicopter that flys missions around the South-East corner of the state.

I presume it has ferried to Far North Queensland to provide support and to help with the rescue efforts that could be needed when Tropical Cyclone Nora makes landfall.