On Monday 27 April, Royal Australian Air Force (RAAF) Boeing C-17A Globemaster III A41-207 was spotted completing a missed approach and low overshoot at Rockhampton Airport.  It was heard to be flying as "Stallion 30" and arrived in the area after completing airwork at the Sunshine Coast. 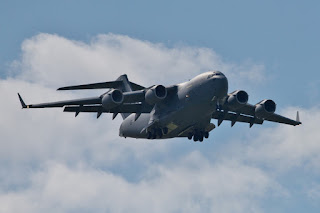 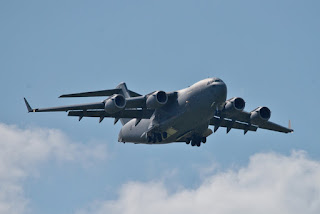 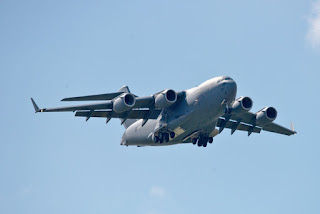 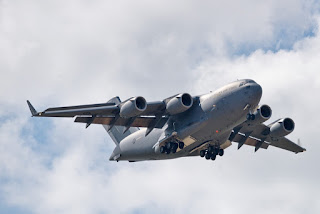 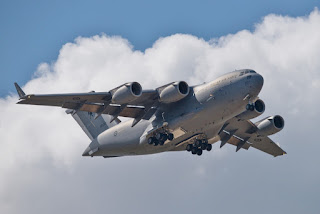 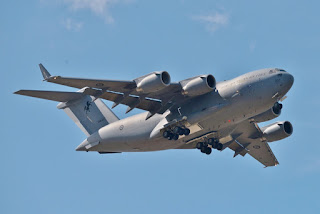 Of interest, A41-209 "Stallion 26" was also to complete airwork at Rockhampton Airport but instead flew up to Townsville and then directly back to Amberley, reportedly with a minor technical issue.

Sincere thanks to local plane spotter Scott H who was at the right place at the right time to capture these great photos!

All photos taken by Scott Harris  ©️
Posted by Damian F at 8:41 PM