Over the last weekend I was briefly at Rockhampton Airport and managed to get a first-hand look at the Republic Of Singapore Air Force (RSAF) helicopters that are participating in Exercise Wallaby 2011 and that are parked on Runway 04/22. 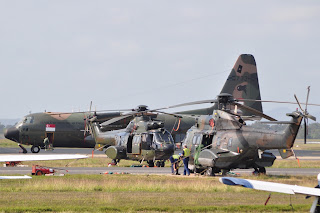 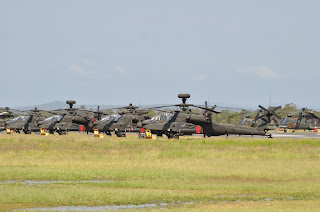 Apache 067 was photographed earlier in the Exercsie by Ben O and is noted wearing a red crest on its tail. 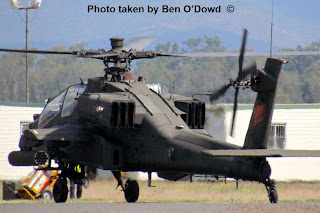 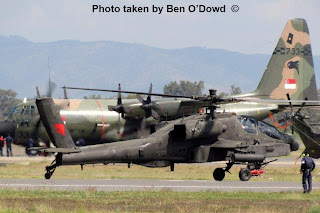 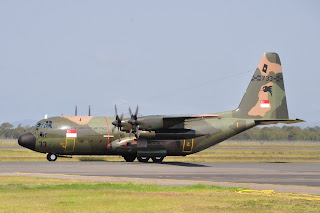 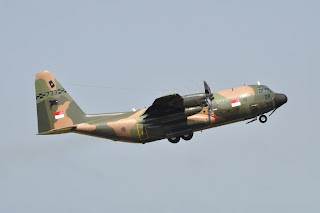 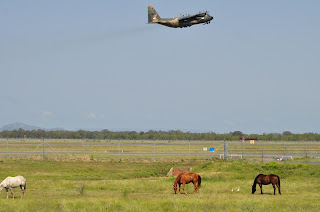 I was lucky enough to get a couple of taxi and departure photos from 'Apron Drive' at Rockhampton Airport. You'll note the horses in the paddock near the airport - I am told they are quite an attraction for the Singapore soldiers.
Posted by Damian F at 7:47 AM