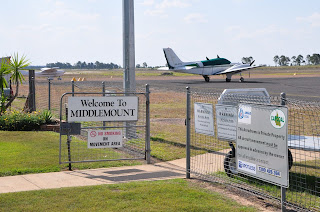 It has recently been noted that Regional Express (REX) has commenced operating fly-in fly-out (FIFO) charter flights from Brisbane to Middlemount Aerodrome with SAAB 340B aircraft.

This news was rather timely as I recently ventured to Middlemount Aerodrome for a quick look around. The Aerodrome is not far from the town centre, situated on the Eastern edge of Middlemount. 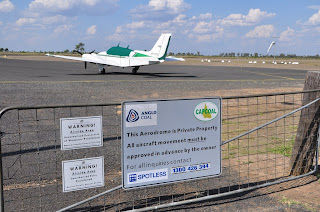 The Aerodrome has good facilities with a sealed runway, hangar, and a fairly sizable apron with markings for two parking bays. There is a small terminal building and a small car-parking area.

Whilst visiting the Aerodrome, I noted that both a Beenleigh-based Beech 58 Baron VH-DTU and a Rocky-based Cessna 172 VH-TEI were parked on the apron, and whilst as I was preparing to depart, a Reid Heliwork Robinson R-44 helicopter, VH-HIB, arrived and dropped off a passenger. 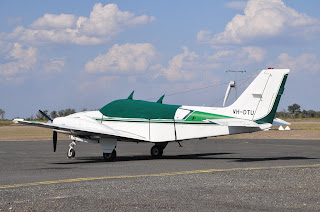 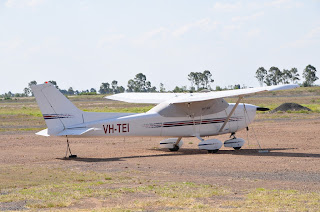 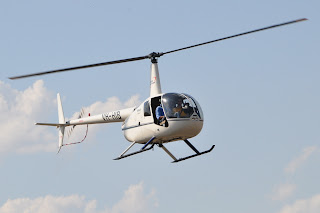