Over the previous weekend we reported on the six Singapore Airlines B777-200 charters that operated through Rockhampton Airport. 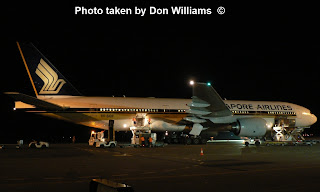 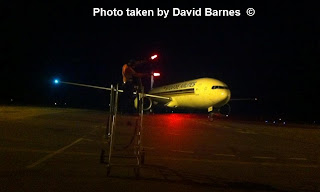 There was apparently going to be a charter as well on the Friday night however this didn't eventuate possibly because Rockhampton Airport's heavy jet Gate Six was blocked due to a broken down SAAB 340F - VH-KDB - of Pel-Air Express (Regional Express). 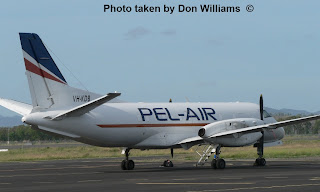 By Wednesday 19 October, the SAAB had been moved to the General Aviation apron where Don W got a snap!
Posted by Damian F at 7:46 AM