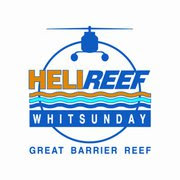 The Curry Kenny Aviation Group provides Aircraft Maintenance Services, Flight Operations, Marine Pilot Transfers and Tourism Services in addition to their International and Domestic pilot training academy. The Curry Kenny Aviation Group and its associated companies own and operate a fleet of 72 aircraft including 42 helicopters and 30 fixed wing aircraft from its bases in Queensland, New South Wales, Western Australia and Papua New Guinea.

The Helireef office at Gladstone Airport has only been operating since July 2011, so is still a new service to the region. At present, they are operating from a leased hangar on Callemondah Drive.

When you enter the building you are greeted by polite and helpful staff as well as an inviting passenger check-in and waiting area as shown in the pictures.

There is also a glass petition allowing easy viewing to the inside of the adjacent hangar – as a spotter this is a nice touch!

There are currently three helicopters operating for Helireef from the Gladstone base. These consist of two Bell 206 Long Ranger's – VH-CKP and VH-CKT – and a Eurocopter EC135 – VH-ZGZ.

The 206 Long Rangers have until recently, been based at the Mackay Helicopters base at Mackay Airport. They are currently used mostly to transport passengers and tourists between Gladstone Airport & Heron Island. They are also utilised on general charter work around the Gladstone area. The Eurocopter EC135 is primarily used for Marine Pilot Transfers to off-shore ships bound for Gladstone Harbour. The Curry Kenny Aviation Group has been awarded the contract for Marine Pilot Transfer operations at Gladstone and at Mackay for Maritime Safety Queensland.

Also noted within the hangar that Helireef leases was Vulcanair (Partenavia) P.68 VH-OLV. Interesting that Helireef only lease half the hangar space, and it should be pointed out that this aircraft is independent to the Helireef operations.

More information about Helireef’s passenger transfers to Heron Island, as well as their other charter services from Gladstone Airport can be obtained by contacting the office directly on 07 4978 2403, or visiting The Curry Kenny Aviation Group website HERE, and following the links to Helireef.
Posted by Damian F at 8:40 AM