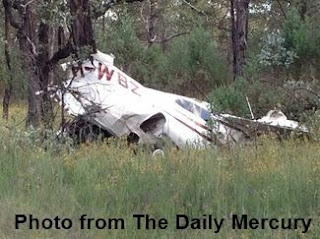 Searchers have today confirmed the death of the sole occupant of a single-engine Cessna 210M Centurion - VH-WBZ - about 25km north of Injune, about 90km north of Roma.

The family of the 49-year-old Roma man, and worker the Norwich Park Mine near Dysart, had been notified late yesterday of the discovery, after an intensive land and air search that included parts of the Central Highlands and areas south of Rolleston.

His plane had been missing for more than 24 hours after he left Roma Airport at 2.50pm Wednesday and failed to arrive at Dysart Airport. He was due to start work at 6am yesterday at the coal mine.

The Australian Maritime Safety Authority (AMSA) said the plane was located at 3.10pm yesterday, more than 24 hours after he left his hometown of Roma.

An AMSA spokesperson said the crash site was located using triangulation of the man's mobile phone. A number of aircraft in the area had picked up a weak emergency beacon about midday, but searchers relied upon mobile phone tower triangulation to pinpoint the location.

The spokesperson said 11 helicopters - including the Mackay-based RACQ CQ Rescue Helicopter - as well as six fixed-wing aircraft had been deployed in the search with more than 20 aerial observation crews onboard.

Queensland police and the Australian Transport Safety Bureau will investigate the crash.

Our thoughts and prayers are with the victim's family.
Posted by Damian F at 7:20 PM