On my way back to Clermont, I popped into Emerald Airport on Saturday 17 December. I spotted three aerial survey aircraft - all registered to the same company in New South Wales.

Firstly, Cessna 404 VH-LAM - which also wears 'Airlines of Tasmania' colours. Piper PA-31P VH-SGA is parked behind this aircraft and is also an aerial survey aircraft. 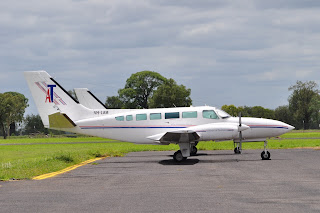 GAF N22C Nomad VH-ATO was photographed departing on a survey flight - I later noted this aircraft overhead my house in Clermont - and then heard on the scanner that it then flew to Dysart before returning to Emerald late in the day. 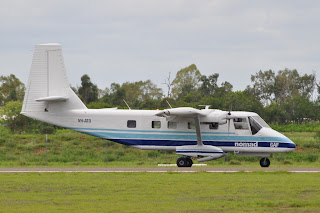 Lastly, QantasLink Dash-8-Q400 VH-QOW was operating a scheduled service from and back to Brisbane. As posted previously, it currently wears a livery promoting the Taronga Zoo at Dubbo in New South Wales. 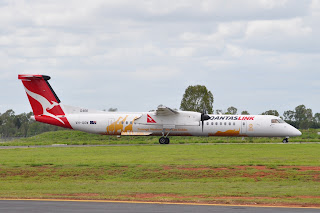 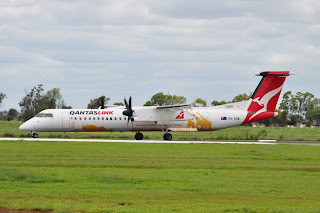