Despite local plane spotter 'IAD' being away for a few days, he still managed to capture a couple of lovely images of a pair of interesting Australian Defence Force (ADF) helicopters at Rockhampton Airport his week. 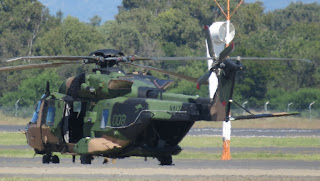 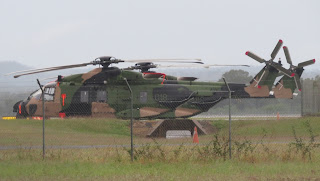 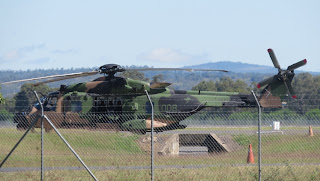 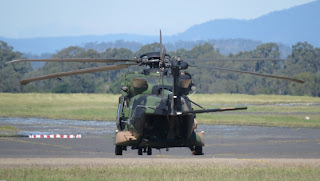 The exact movements of the MRH-90s are not known, however I suspect both choppers did arrive Thursday, and as of Saturday morning they have both departed from Rockhampton Airport.

Thanks to 'IAD' for his great coverage again!