Some More Plane Spotting Photos from Rockhampton Airport over the Weekend

I spent a couple of lovely days in the Beef Capital, attending the Old Station Fly-in and Heritage Show over the weekend - see our Blog Post below - and of course managed to fit in some plane spotting at Rockhampton Airport.

First up on Saturday 25 May I spotted the Royal Flying Doctor Service (RFDS) Beech B200 King Air VH-FFI which actually arrived into Rockhampton in mid-March and has been undergoing maintenance at Rockhampton Airport. 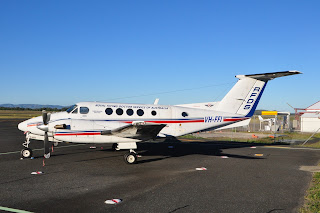 Britten-Norman BN-2T Turbine Islander VH-YVH is visiting Rockhampton again, having flown in from Tamworth during the week.  VH-YVH is all kitted out with the Wescam MX-15 camera turret on the nose. The aircraft is registered to Britten Norman, and according to some sources is operated by Airborne Surveillance. It carries the code ‘220’. 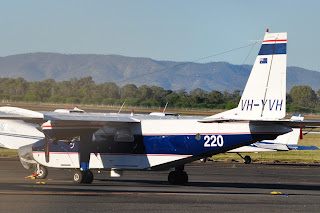 Locally-based Double A Aviation Robinson R-44 VH-HJJ was parked on the Eastern grass. 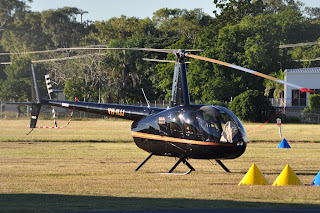 I returned to Rockhampton Airport later on Saturday 25 May and spotted Surveillance Australia / Australian Customs and Border Protection Service (Cobham Aviation) Dash-8-202 VH-ZZB.  It was noted departing Rockhampton for Cairns on Sunday 26 May as "Customs 22". 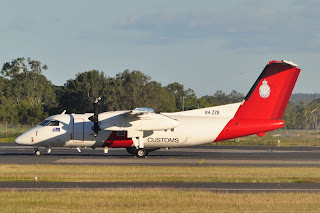 Arriving at Rockhampton Airport was Virgin Australia Boeing B737-800 VH-YIT which touched down as VOZ1245 from Brisbane. 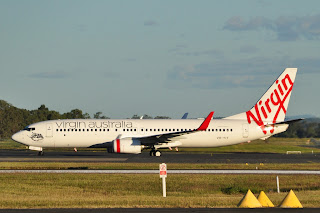 On Sunday 26 May, I enjoyed a great morning of plane spotting with some of the local spotters.  I first photographed QantasLink Dash-8-Q400 VH-QOV which had stayed overnight from Saturday.  It later departed to Brisbane as QLK2349. 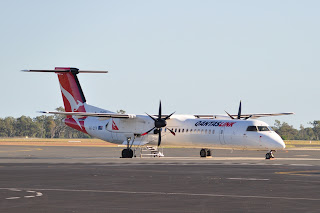 Also noted arriving and departing early on Sunday was Virgin Australia Regional Airlines ATR 72-600 VH-FVY which was operating the VOZ1233/1234 flight from and back to Brisbane. 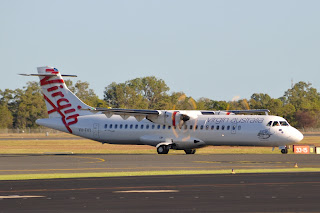 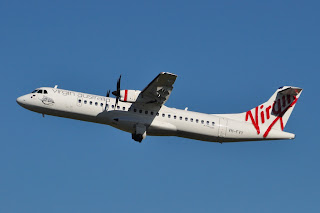 QantasLink (Cobham Aviation) Boeing B717-200 VH-NXN was also photographed as it touched down from Brisbane as QJE1730. 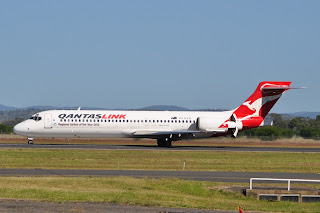 A little later in the morning, QantasLink Dash-8-Q400 VH-QOH touched down from Brisbane as QLK2364.  VH-QOH sticks out in the sky still wearing its distinctive 'Breast Cancer Awareness' colours. 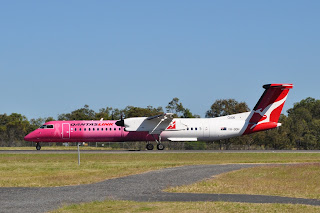 QantasLink Dash-8-Q300 VH-SBJ also touched down from Gladstone and Brisbane as QLK2300.  VH-SBJ is one of a handful of the Q300 fleet to be repainted into the Qantas/QantasLink new colours. 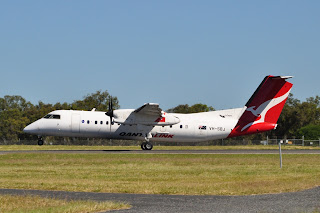 On the 'lighter side' at the General Aviation apron, I spotted Amateur-build Lancair Super ES VH-TEJ.  The Lancair is based at Julia Creek and operated by the Argyle Pastoral Company. 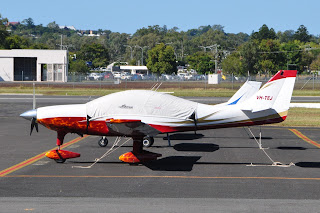 And Bell 206B (II) VH-JAQ of Stirling Helicopters (Stirling Consolidated) of Theodore was also spotted basking in the morning sun. 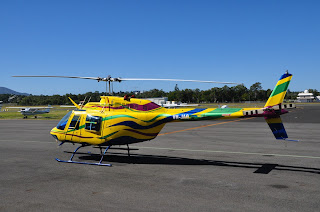 
A number of other light aircraft also touched down from various parts during the afternoon, as well as an interesting helicopter visitor in the form of Bell 206L-4 VH-DIK which is operated by Dick Smith Properties in Sydney.  VH-DIK was heard to arrive and take on fuel before departing to the North.

Of course - and as posted below - the most interesting visitors to Rockhampton Airport late on Sunday 26 May were the six Royal Australian Navy (RAN) helicopters.


The four four Aerospatiale AS350B Squirrel choppers and two Bell 429 choppers were a surprise arrival into Rockhampton Airport, and looked to be preparing to stay the night.

Thanks to Trevor H for sending through some lovely images from Sunday at Rockhampton Airport!
Posted by Damian F at 8:26 AM