Some Photos From Gladstone Airport on Tuesday - Part 1

Local plane spotter Jamie C has again sent through some fantastic photos of some of the early morning action at Gladstone Airport on Tuesday 14 May.

QantasLink Dash-8-Q400 VH-QOB touched down from and later departed back to Sydney as QLK2120/2121.  Jamie captured a spectacular take off photo - complete with prop-tip vortices coming of the Q400s blades.

Another Tuesday morning commercial movement into Gladstone Airport was Virgin Australia Regional Airlines ATR 72-600 VH-FVQ which was captured arriving from and later departing back to Brisbane as VOZ1711/1714. 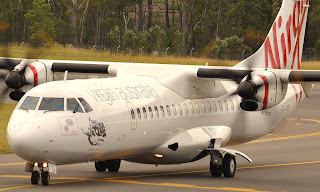 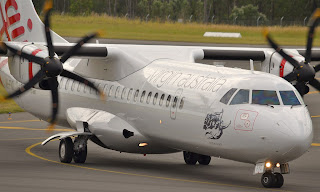 One final commercial movement photographed by Jamie on Tuesday 14 May was QantasLink (Cobham Aviation) Boeing B717-200 VH-NXR which is captured departing Gladstone for Brisbane later in the day as QJE1709.

Gladstone-based Nixon Communication Cessna 210 VH-NCG was captured by Jamie as it departed North for Mackay.

Sincere thanks to Jamie C for sending through his fantastic photos once again!