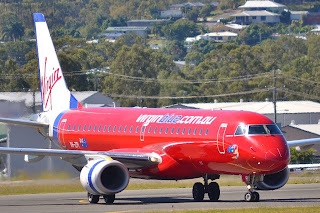 Tash C and Jamie C have had a busy couple of days, but in between the 'dramas' have still found time to enjoy a bit of plane spotting at Gladstone Airport.  Tash captured a few images of the action at Gladstone Airport on Sunday 19 May, including a trio of 'regular' helicopters in the form of Careflight Bell 412EP VH-XCY, Marine Safety Queensland Eurocopter EC135-T1 VH-ZGI, and Forster Helicopters (Charters Towers) Robinson R-44 VH-DQA. 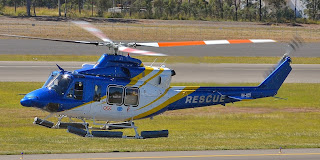 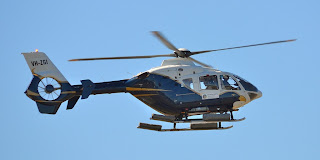 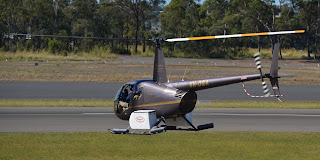 Tash also captured the visiting Virgin Embraer E-190 jet VH-ZPQ which operated a scheduled service between Brisbane and Gladstone on Sunday 19 May. 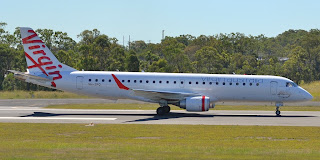 Shortly after, Tash took a couple of spectacular images of QantasLink (Cobham Aviation) Boeing B717-200 VH-NXJ as it powered off Gladstone Airport's Runway 28 bound for Brisbane as QJE1713. 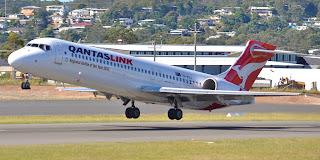 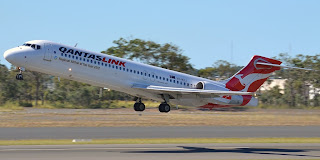 On the lighter side of the aircraft Tash captured on Sunday 19 May, Mackay-based SOCATA TB-20 VH-JTY was noted yet again at Gladstone. 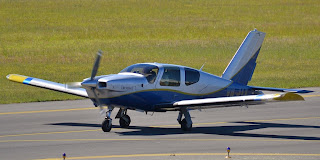 While locally-based Rutan Long-Ez VH-LEX was captured as it departed on a local flight. 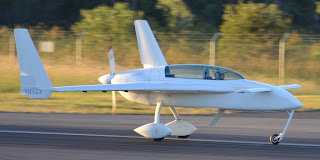 With the sun getting lower in the sky, Virgin Australia Regional Airlines ATR 72-600 VH-FVP touched down from Brisbane as VOZ1715. 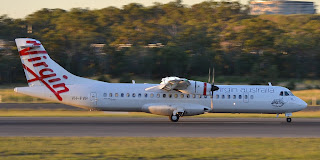 One final visitor that arrived from on dusk from Moree in New South Wales, was Victorian-based AeroCommander 500-U VH-TQA which is operated by TEX Onsite / Kirwan Training. 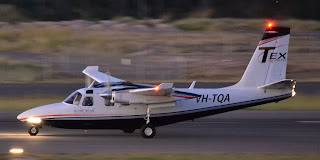 Much to everyone's surprise, on Monday 20 May, another Virgin Australia Embraer E-190 jet popped into Gladstone Airport in the form of VH-ZPI which operated the VOZ1709/1712 return service between Brisbane and Gladstone. 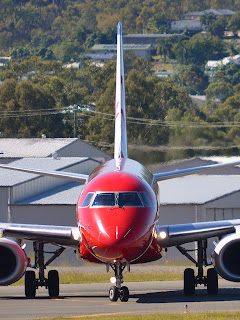 Jamie C was 'on deck' and captured some fantastic photos of the E-190 as it made its final approach and landing onto Gladstone Airport's Runway 10.

Virgin Australia Regional Airlines ATR 72-600 VH-FVN was also captured by Jamie as it too operated a scheduled return service between Brisbane and Gladstone. 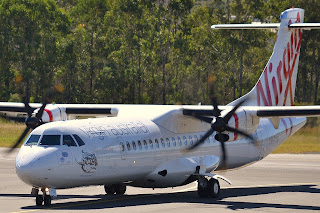 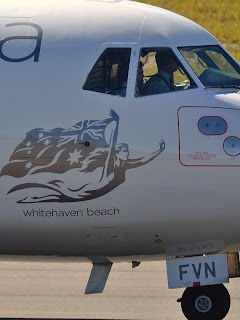 And making it a trio of commercial captures, Jamie spotted QantasLink (Cobham Aviation) Boeing B717-200 VH-NXN shortly after touching down from Brisbane as QJE1706. 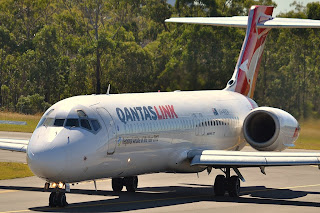 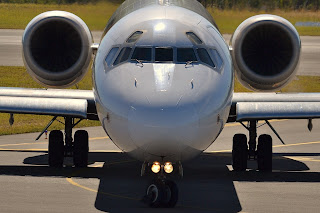 The TEX Onsite AeroCommander 500-U VH-TQA was captured by Jamie as it departed for parts unknown.

And finally on Monday 20 May, Cessna 550 Citation Bravo VH-CCJ - which is being operated by Earth Commodities - was spotted by Jamie shortly after it arrived into Gladstone for the second time that day. 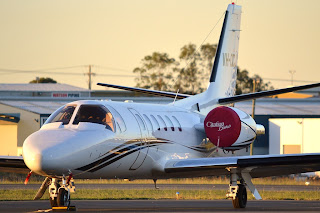 VH-CCJ had a busy day of flying, arriving into Gladstone earlier in the morning, before being spotted at Rockhampton (twice) and also Mackay Airports, before returning to Gladstone where it stayed for the night.

Information also suggests that four various model King Air aircraft were also due into Gladstone late on Monday 20 May.  They eventually arrived after dark, and Jamie C informs me that photos of the King Airs will be posted shortly!

Sincere thanks to both Jamie C and Tash C for capturing these fantastic images and sending them through under somewhat trying conditions!