Local plane spotter Anthony S popped out to Gladstone Airport late in the afternoon on Thursday 29 January and captured some great movements in and out of the industrial city including Virgin Australia Boeing B737-700 VH-VBY. 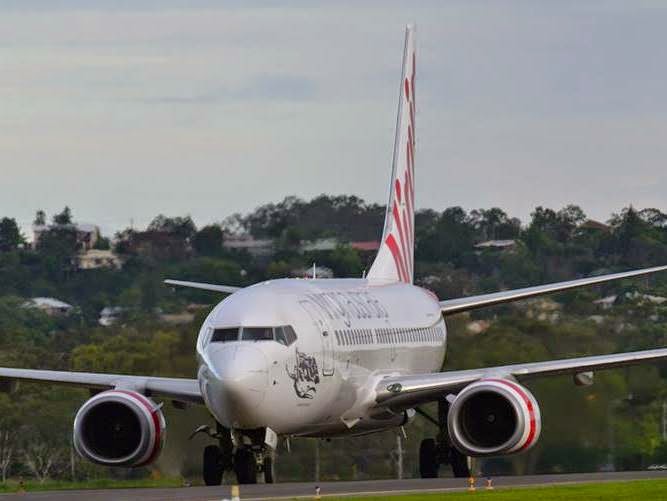 But before VH-VBY touched down, he captured some of the other movements into Gladstone Airport on Thursday afternoon including Virgin Australia Regional Airlines (VARA) ATR 72-500 VH-FVH which departed to Brisbane as VOZ1714. 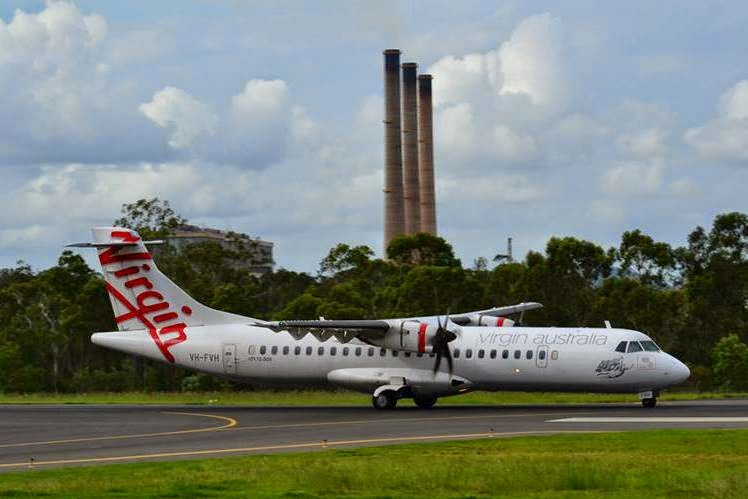 Shortly after, JetGo Australia Embraer E-135LR VH-JGB then touched down at Gladstone Airport operating the afternoon scheduled JG78/79 service from and back to Sydney. 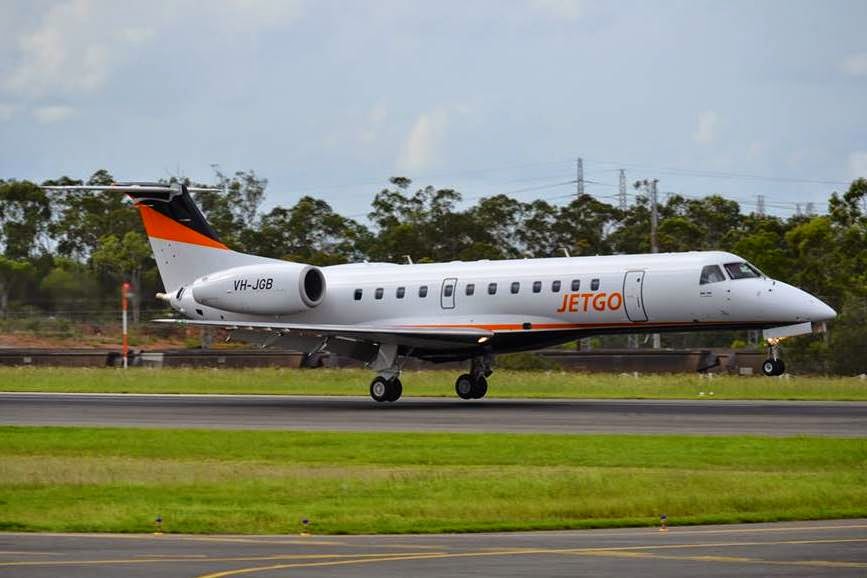 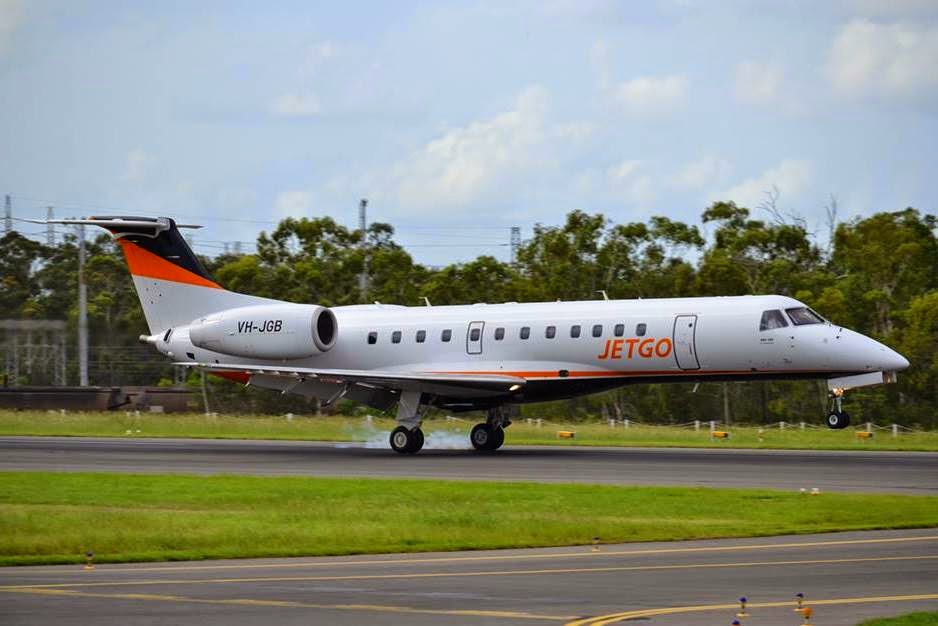 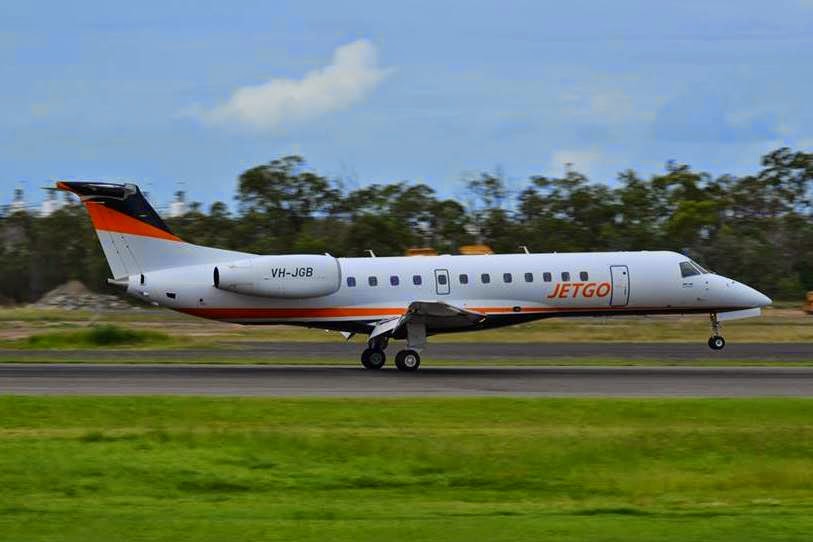 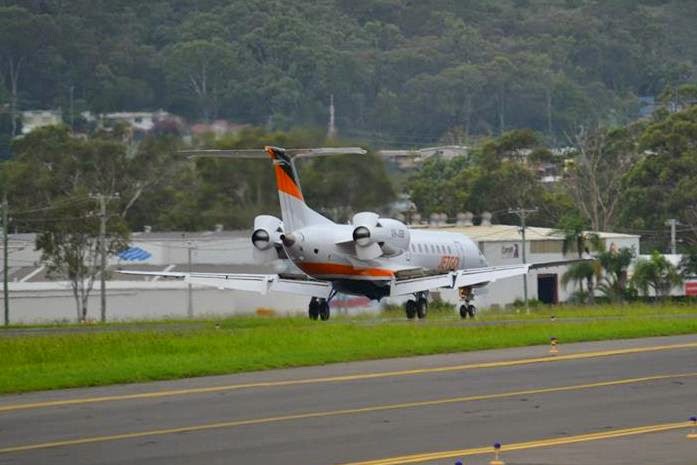 Anthony also spotted a pair of QantasLink (Cobham Aviation) Boeing B717-200s - VH-NXD and VH-NXI - as they both arrived and departed on scheduled services from and back to Brisbane. 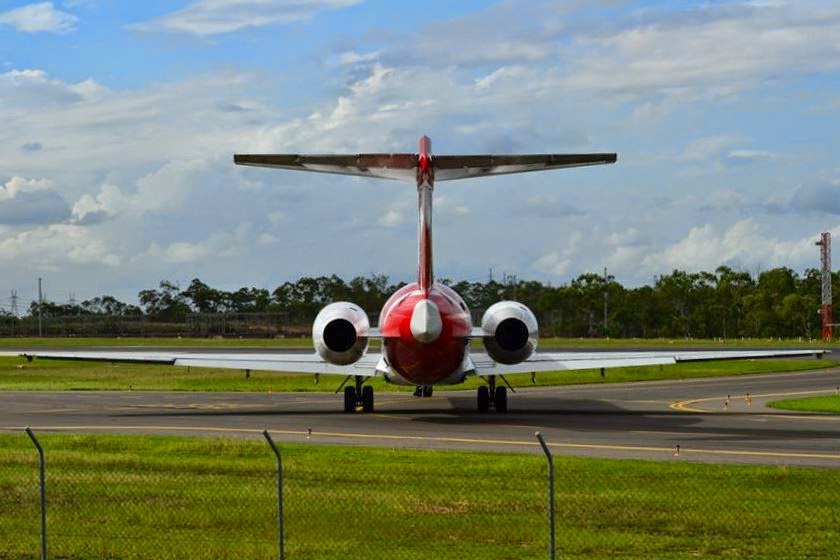 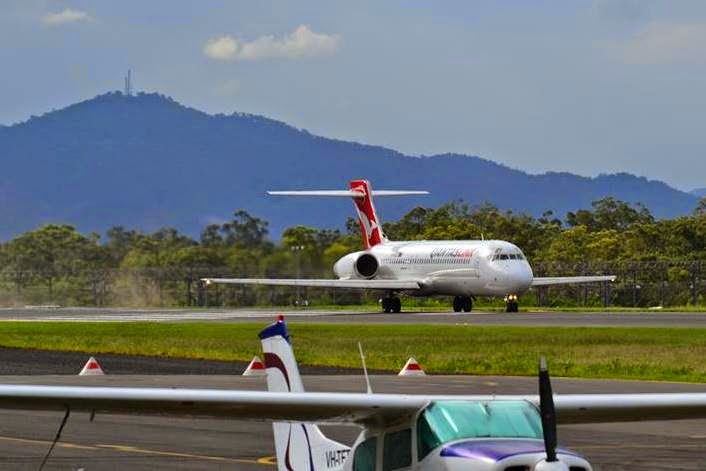 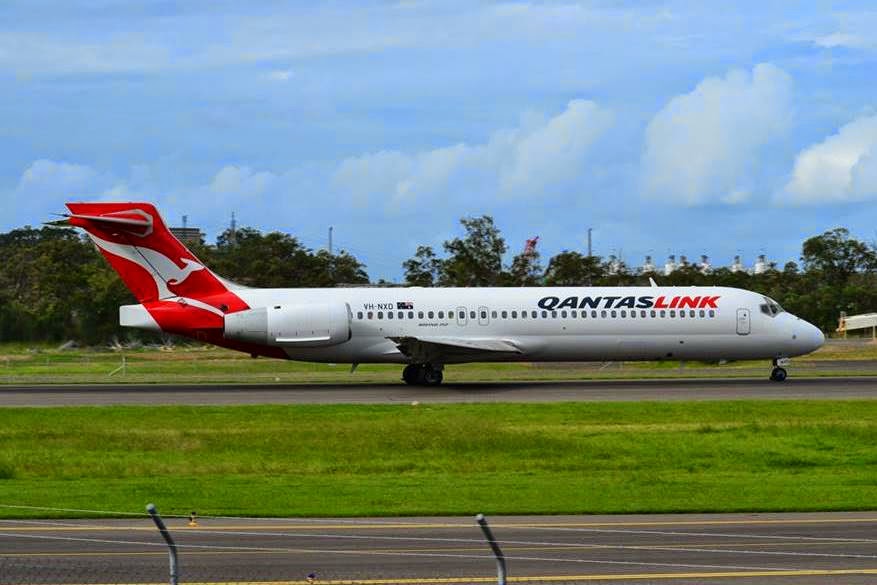 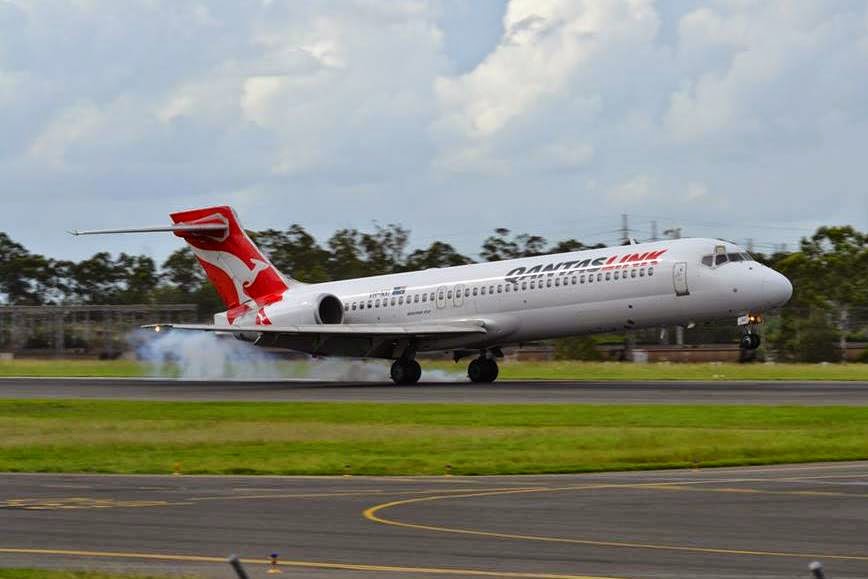 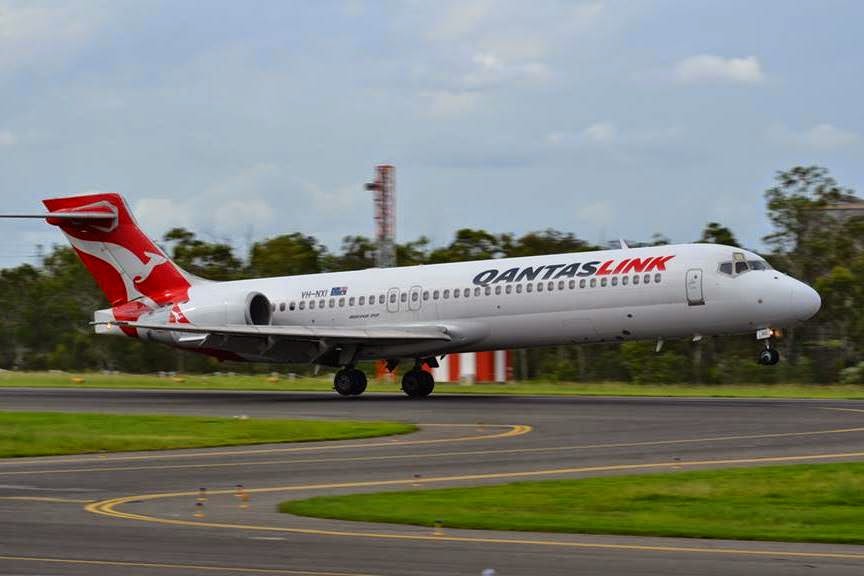 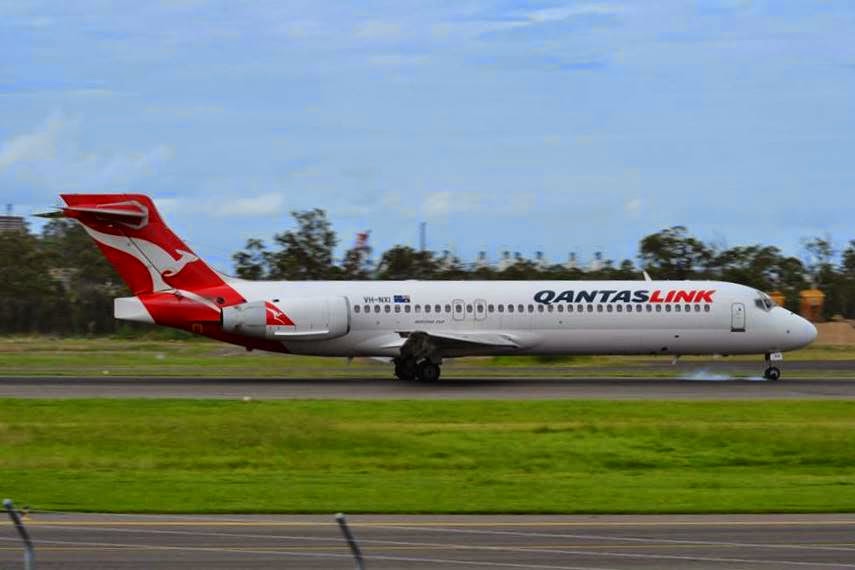 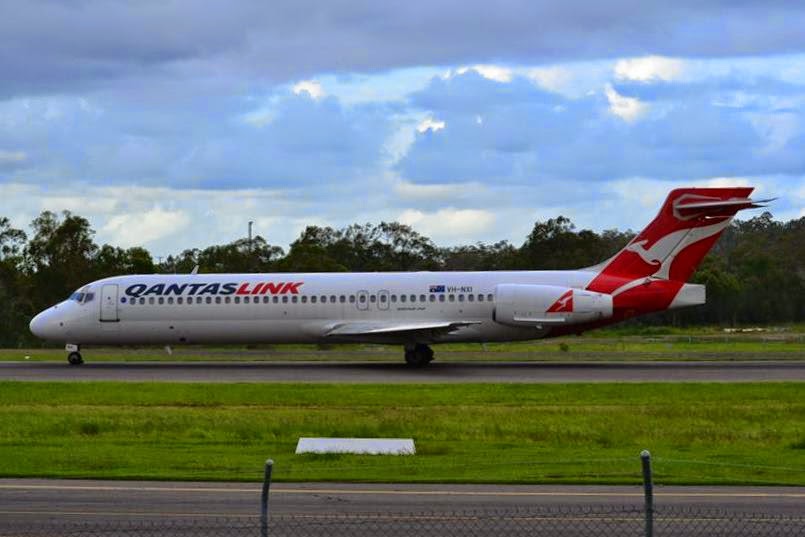 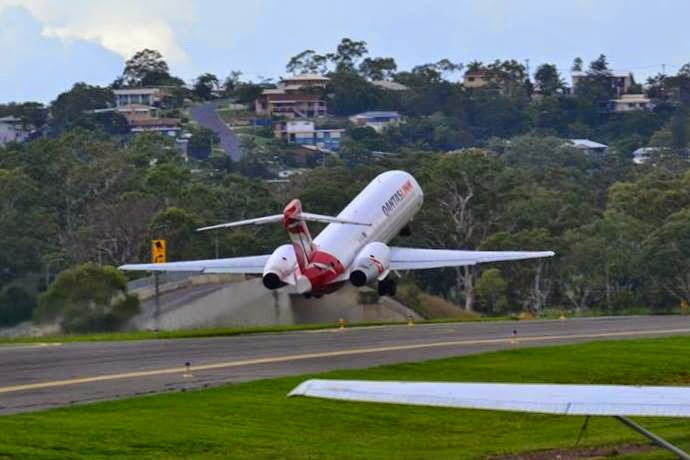 QantasLink Dash-8-Q400 VH-QOU was spotted as it departed on its final leg of the QLK2307 service from Cairns to Brisbane via Townsville, Mackay, Rockhampton and Gladstone. 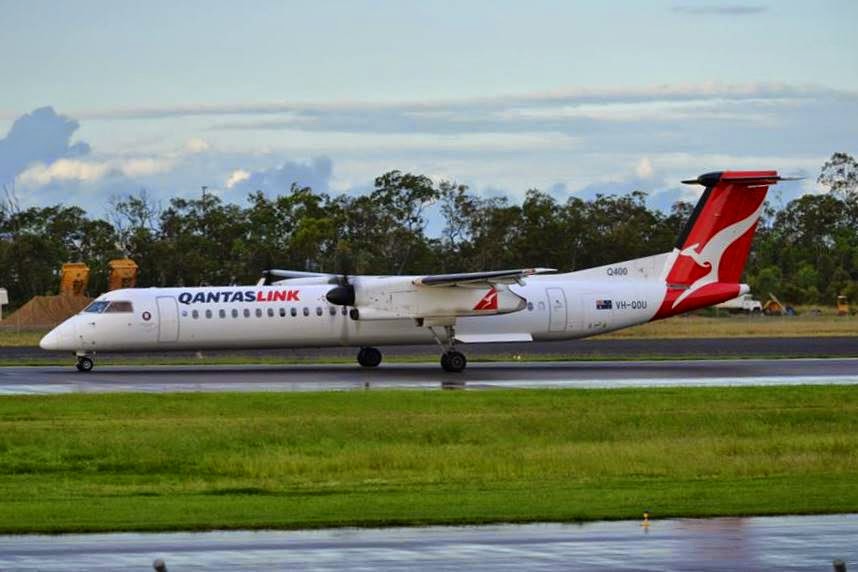 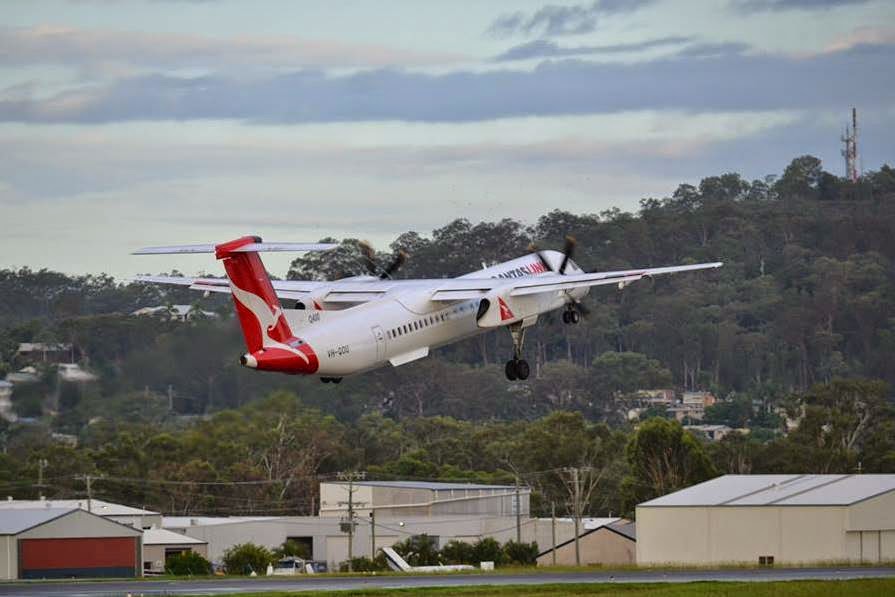 Just after VH-QOU departed, the star arrival of the afternoon in the form of Virgin Australia Boeing B737-700 VH-VBY touched down at Gladstone from Brisbane as VOZ1717. 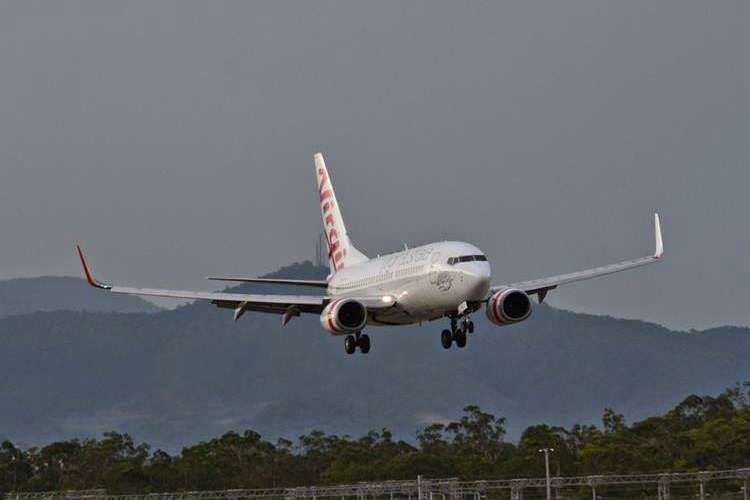 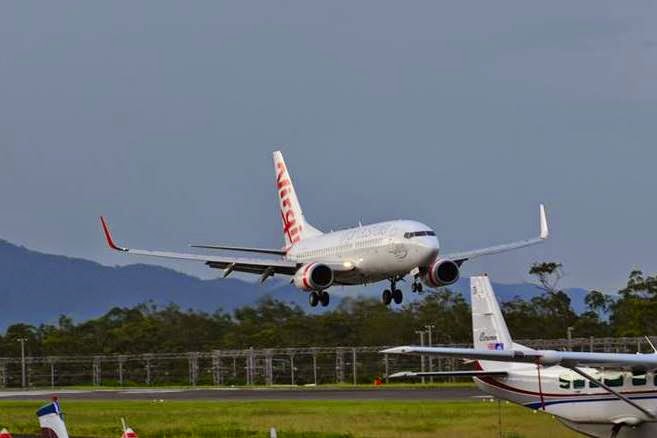 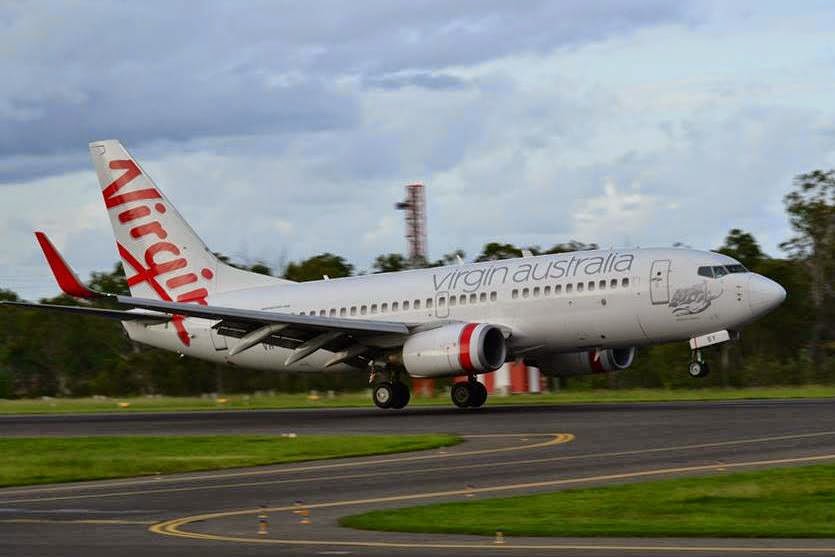 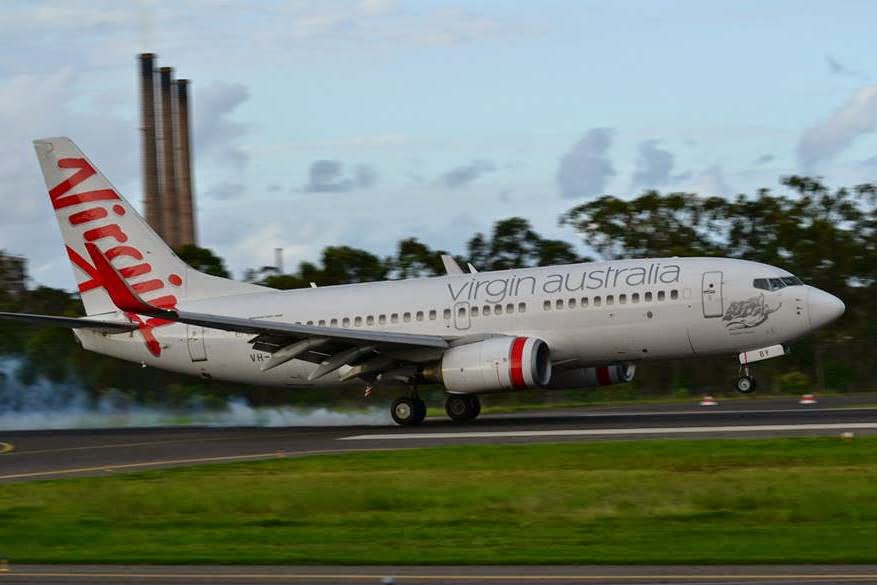 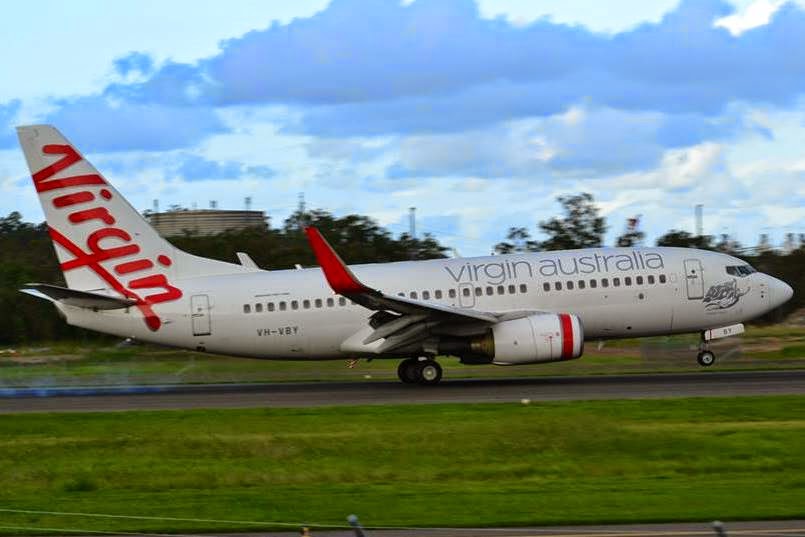 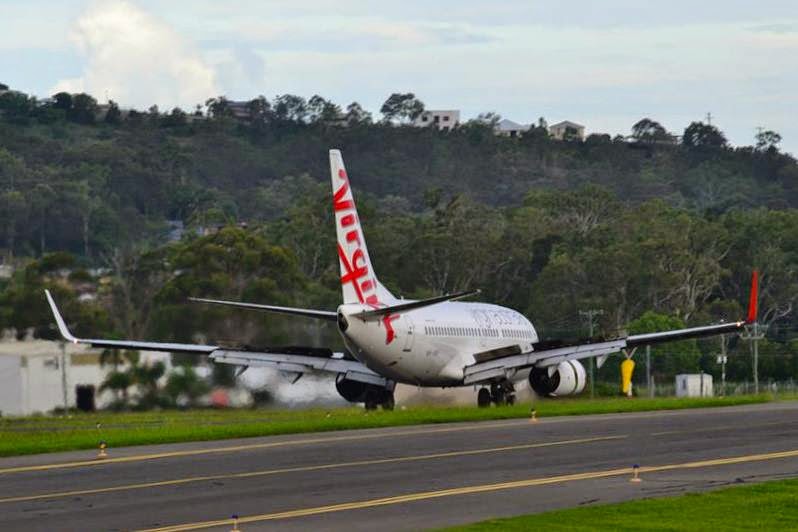 After a quick turnaround, VH-VBY then departed back to Brisbane as VOZ1720. 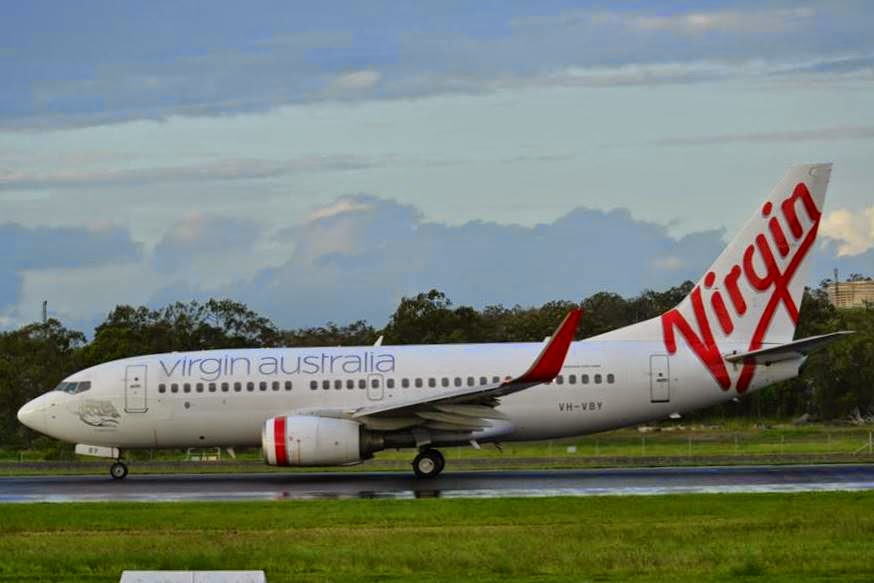 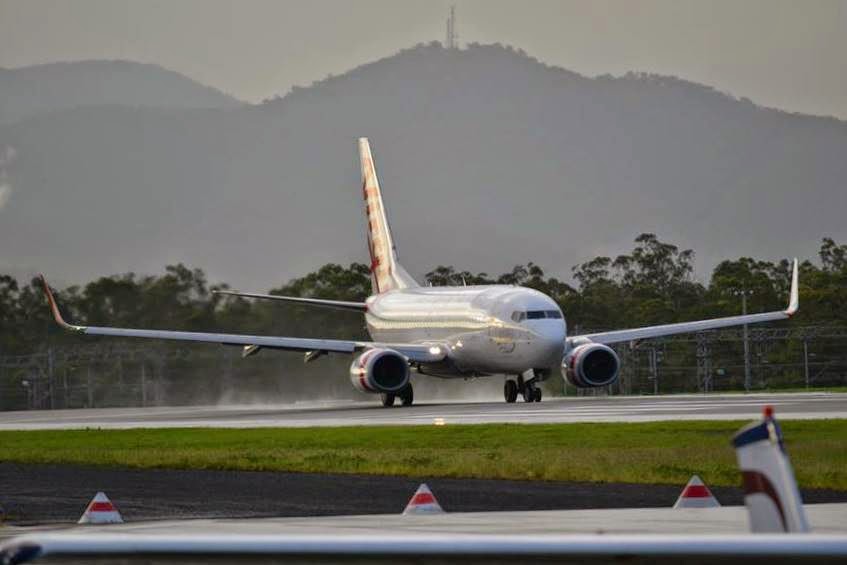 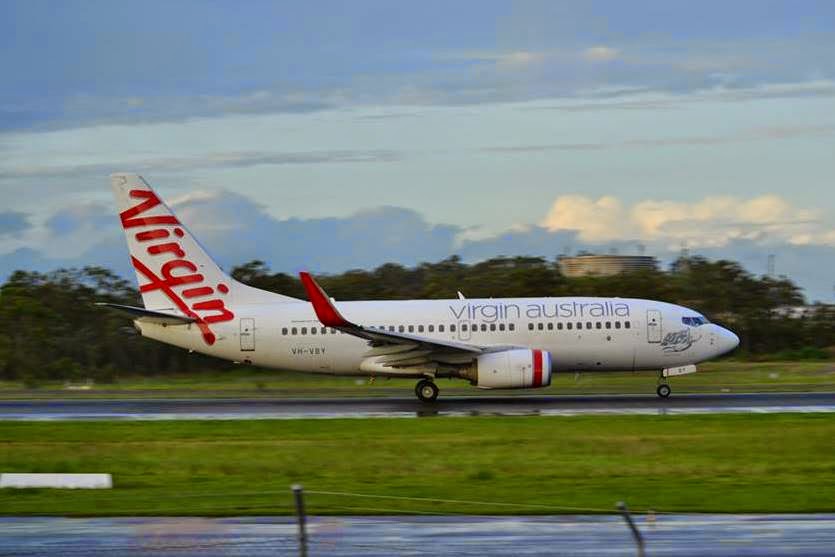 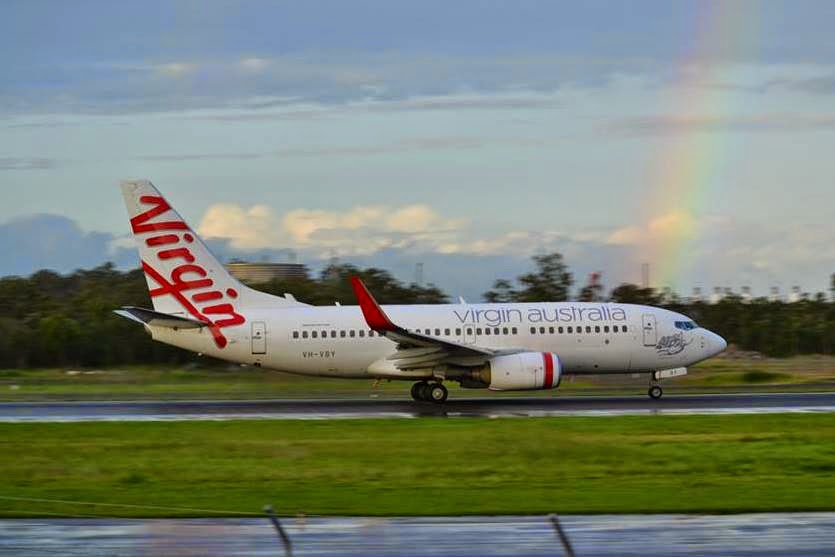 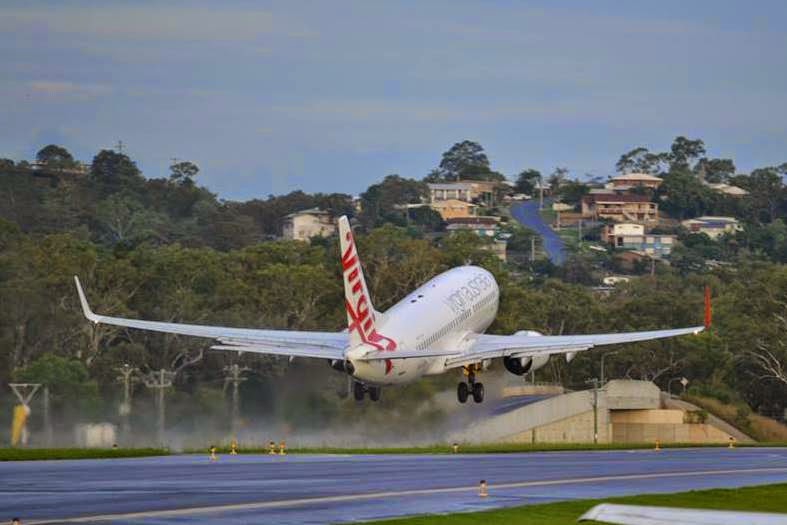 Some great photos captured by Anthony on Thursday afternoon - my sincere thanks to him for capturing and allowing us to share them with you!

All photos taken by Anthony Schulz  ©
Posted by Damian F at 7:47 AM