New Australian Army Boeing CH-47F ‘Foxtrot’ Chinook helicopter A15-304 returned to Rockhampton Airport on Saturday 26 March, flying home to Townsville after making a trip as far South at Melbourne where it was spotted on the ground at Tullamarine Airport last weekend. 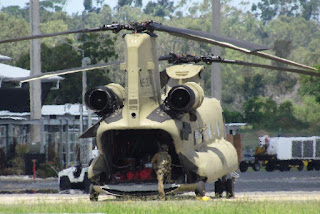 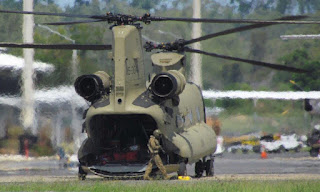 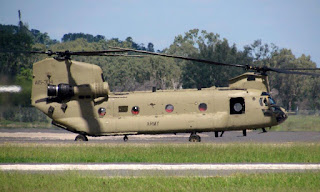 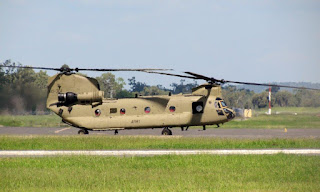 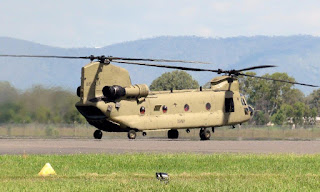 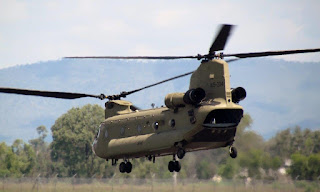 A15-304 - flying as "Brahman 304" - flew into Rocky from the South and took on fuel before departing to Townsville.

An initial fleet of seven 'Foxtrot' model Chinooks were delivered to the Army's 5th Aviation Regiment in Townsville on board a series of flights operated by United States Air Force (USAF) Lockheed C-5B Galaxy aircraft during the latter part of 2015.

Sincere thanks to local plane spotter Ben O for taking the time to capture and send through these great photos!